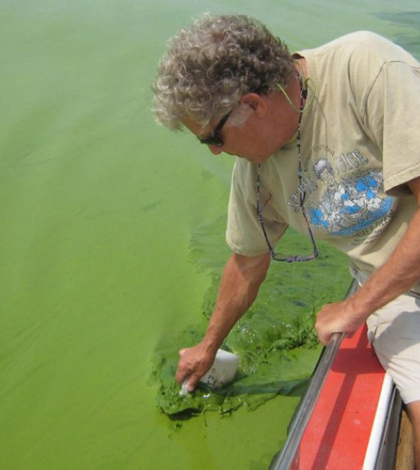 Climate change, phosphorus buildup and healthy algae populations are some of the ingredients which could lead to a doubling of harmful algal blooms in Lake Erie in the next century, according to a release from Ohio State University.

Using a combination of climate, watershed and algal bloom models, researchers included such variables as stream flow, rainfall, temperature, landscape topology, soil types and drainage management to estimate how frequently algal blooms might occur in the future. Their predictions suggest that HAB events will significantly increase, even if nutrient levels are reduced at current targets.

Although a goal for the near future is to reduce phosphorus runoff by 40 percent, scientists predict that reduction may not be enough. In the years to come, higher temperatures, increased rainfall and significant levels of phosphorus and other nutrients will create perfect conditions for the algae, results show.

Lake Erie is critically important to the Midwest, as it provides drinking water to 11 million people and supports a game fishing industry worth $1.7 billion.