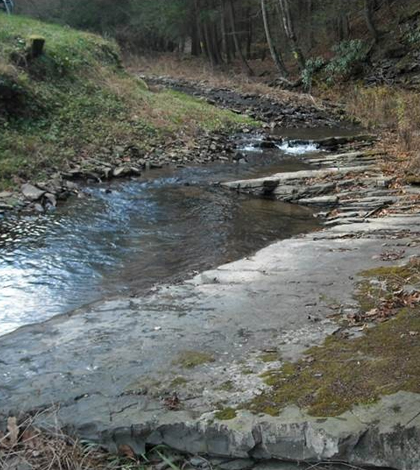 The monitoring method showed that thermogenic methane, typically associated with a shale gas well leak, could be detected in the groundwater of a stream feeding individual properties, not just in individual wells. Researchers discovered that their high thermogenic methane readings for the stream were accurate when they learned that surrounding wells had been contaminated due to a nearby Marcellus shale gas leak.

Testing for shale gas contamination has mostly been limited to homeowner wells, which do not show if there are contamination trends in the entire area. They are also relatively difficult to access compared to streams.

The USGS and Penn State researchers feel that the stream monitoring could be a useful method to screen water in an area quickly and inexpensively, allowing them to efficiently assess potential impacts on the environment of natural gas extraction using fracking.