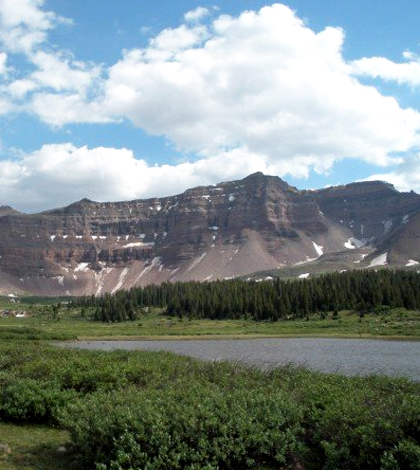 A recent study calculated how much rain water moves to the atmosphere instead of the oceans. (Credit: Stephen Good / University of Utah)

Scientists at the University of Utah have discovered that relatively little water that falls on the continents makes it to the ocean, while most rainfall is evaporated in a variety of ways, according to a release. Their study found that while over 25 percent of rainfall does indeed make it to the ocean, most is transpired by plants or evaporated from the surfaces of leaves, soil or bodies of water, such as lakes.

Researchers used the distinct isotopic ratios of different types of water to make their determination about the fate of rainwater. They made computer models considering water vapor intercepted by (evaporating off) leaves; water evaporated from soil; and water taken up by plants. Run thousands of times, the computer models showed good agreement between modeling results and independent data.

The results showed that, of the rainwater that did not reach the ocean, 64 percent is transpired by plants; 27 percent falls on leaves and evaporates; and 6 percent evaporates from soil. The remaining 3 percent evaporates from lakes, streams and other water bodies. The findings have important implications for water quality, plant productivity and peak streamflow.

Top image: A recent study calculated how much rain water moves to the atmosphere instead of the oceans. (Credit: Stephen Good / University of Utah)