Mudsnails Providing a Picture of Water Quality Over Time 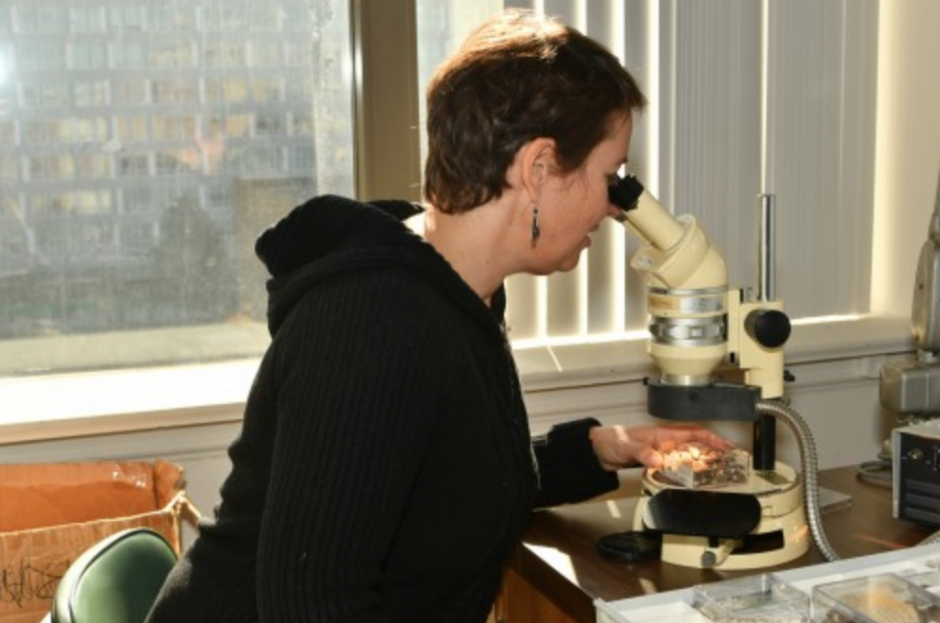 Scientists have successfully enlisted a tiny gastropod with a long life in the fight for cleaner water. Tritia obsoleta, more commonly known as the eastern mudsnail, lives in coastal regions as far south as Georgia ranging north to Nova Scotia. This mudsnail’s shell grows no larger than about one inch, but some specimens live for more than 50 years.

The coastal range of the eastern mudsnail includes many regions dense with human activity, and for surface waterways and coastal habitats that often means large amounts of nitrogen. A critical nutrient, coastal habitats need nitrogen to stay healthy—but human activity often produces levels that are too high, leading to oxygen-consuming algal blooms and eventually low-oxygen dead zones that make survival difficult or impossible for most aquatic organisms.

Dr. Elizabeth Burke Watson, a wetland scientist at the Patrick Center for Environmental Research of Drexel University’s Academy of Natural Sciences served as the lead author of the new study and corresponded with EM about the work.

“I am from California and first encountered this east coast species when I was setting up an experimental structure in a tidal wetland in New England,” explains Burke. “As soon as I set the structure up, a whole bunch of snails came over and climbed up, checked it out for about and hour and then left. While the snails were probably looking for food, they seemed very curious—it seemed like a lot of personality for a snail!”

In the study, Watson and the team demonstrate that eastern mudsnails can reveal to researchers how much nitrogen is in an ecosystem. This information allows scientists to identify which ecosystems have compromised water quality, and require remediation efforts. Now, scientists can confidently use the eastern mudsnail as a water quality indicator along the eastern coast.

“I hadn’t done any study at all before that involved an animal, but I am interested in bivalves and gastropods because they are good integrators of environmental conditions,” Watson details. “Also, their shells are found in midden and fossil deposits, meaning that they can be valuable environmental archives.”

The team measured the levels of two different nitrogen isotopes in the tissues of mudsnails collected from more than 40 sites in the area of Long Island, New York. Many of the samples were collected by Watson’s collaborators with The Nature Conservancy (TNC).

“On Long Island, TNC has a strong interest in working for improved water quality in estuaries, and there are a lot of improvements that are needed in terms of wastewater management on both eastern and western Long Island,” Watson remarks. “TNC also has a lot of connections with different research projects and land managers from towns, land trusts, and NGOs, so it was easier for my colleagues to obtain permission to enter sites for sampling.”

In contrast to many other studies, Watson’s team never sampled water for dissolved nutrients at the sites; they only sampled the biological communities.

“What happens in a lot of estuaries is that nutrients are assimilated pretty quickly by photoplankton and macroalgae—so dissolved nutrient concentrations are usually not the best reflectors of nutrient enrichment,” Watson describes. “We also have published a paper looking at isotopic composition and nutrient concentrations in fish, soils, and wetland plants found in the estuaries.”

The eastern mudsnail is fairly easy to work with in the field. These creatures are small, but easy to catch and abundant, with as many as 1,500 mudsnails per square meter in regions they inhabit. Once they are collected in the field, they are processed in the lab. Historically-collected mudsnails are part of the biological collections at the Academy of Natural Sciences in Philadelphia. These historical specimens can be sampled for stable isotopic ratios to reconstruct nutrient baselines. (Credit: Roger Thomas, Drexel University)

“We collected the snails from the field and froze them to kill the snails,” Watson states. “Then, the bodies were separated from the shell; the bodies and shells were analyzed separately. We dried and pulverized the samples, and then analyzed them on an elemental analyzer coupled to an isotope ratio mass spectrometer.”

Water samples taken in the field provide a detailed snapshot of conditions in the moment. However, Watson and her team were looking for more of a long-term glimpse into conditions—like a coring from a tree with many rings. A mudsnail sample provides that picture for the lifespan of the animal, which may be more than 50 years in some cases. This kind of view can also help scientists choose which sites are in need of more frequent “snapshot” monitoring.

Watson is now hoping to analyze historical samples to get a view into the past. The team hopes to use collections of mudsnails from the Academy of Natural Sciences in Philadelphia to establish baselines for water quality in the New Jersey and New York of 100 years ago.

“Our collection managers prefer that we not destroy historically collected material,” Watson explains. “They are asking that we split snail shells so that half can be retained in the collection. We have also been looking at split shells under the microscope to look at growth layers. But in general, we will split the shells, and then pulverize half.”

Hopefully, this next phase of research will allow Watson and her team to reveal how much nitrogen levels have changed over the past century on the East Coast.