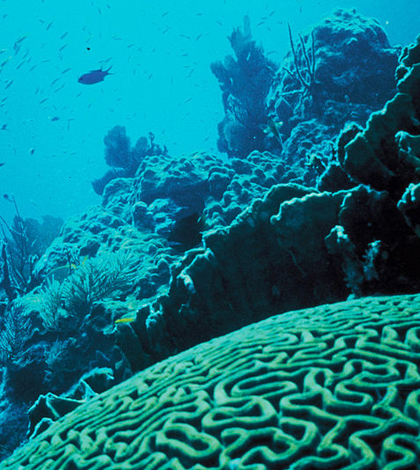 In a study that was the first of its kind, researchers at the University of Miami Rosenstiel School of Marine & Atmospheric Science pre-conditioned corals to higher levels of CO2 and then raised the temperature of their surroundings. These conditions were meant to mimic the stressors coral are expected to face in the future as the climate continues to change.

In the series of study experiments, Caribbean coral Porites porites were exposed to 26 degrees Celsius temperatures. Half were exposed to 390 parts per million CO2 and the other half to 900 parts per million CO2, a level of CO2 expected to be reached in 2075 under current emissions projections. In the second experimental phase, half the coral of both the higher and lower CO2 concentration scenarios were left at 26 degrees Celsius while half were raised to 31 degrees Celsius.

Results showed that the coral pre-conditioned at the higher CO2 level had 44 percent lower growth rates than the coral at the lower CO2 level, suggesting that the stress of higher CO2 led to the coral being less able to tolerate later thermal stress.