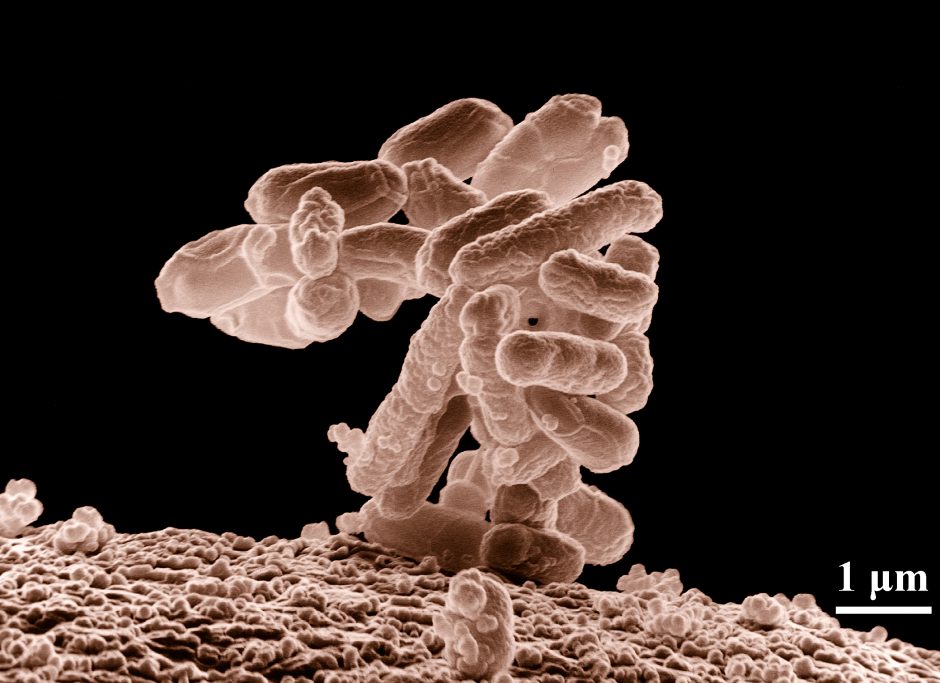 It’s the same old problem that everyone, from scientists and engineers to everyday people, has been facing: contamination of water, especially when extreme weather and floods sweep bacteria into wells and lakes that serve as sources of drinking water. However, some researchers are taking very new approaches toward solving the problem.

In this case, University of Utah geoscientist William Johnson is exploring how contaminants, including viruses and bacteria, move through groundwater. His latest results involve what he’s playfully dubbed “decorative nanoscience.”

“Decorative nanoscience is a playful term to describe the fact that nanoscale heterogeneity controls the transport of colloids in porous media, but its occurrence is too complex to be accounted for literally, so we work to represent its essential characteristics,” explains Dr. Johnson. “We started this research in 2010.”

Scientists who work with groundwater predict how contaminants will move through the water by determining how well they will cling to suspended particles and grains of sediment called colloids. Many contaminants, such as arsenic or nitrate, are tiny molecules, only a few atoms in size. Colloids, though, can be millions of times bigger.

Colloids can include bacteria like E. coli, protozoa like Giardia lamblia, and viruses like Coronavirus, all sources of potentially deadly diseases. These colloids are much larger than other water contaminants, sometimes millions of times larger. This major size difference means that the physics of responding to the world around them is much different for colloids than it is for tiny molecules of, say, arsenic.

Researchers have a well-developed sense of how the tinier contaminants move through groundwater, but how colloids behave is tougher to parse out due to the size difference. However, the actual random movement of large colloids is limited, which means how likely they are to hit sediments in groundwater is predictable. This notion, and understanding the forces that make colloids more or less likely to be intercepted and “stick the landing” there, allow scientists to design ways to remove contaminants.

Laws of physics and chemistry as we know them vary wildly and sometimes break down at the nanoscale. Surfaces, as to both their chemistry and physical shape, look far different at the nanoscale. According to Dr. Johnson’s theory of “decorative nanoscience,” colloids and surfaces interact in limited, predictable ways—and these explain why colloids can attach under environmental conditions, even though conventional measurements of the properties of surfaces suggests that they shouldn’t.

In other words, we must understand these nanoscale “decorations” to predict how and when contamination will happen and to prevent it from taking place.

“Models previously treated surfaces as homogenous, and predicted zero colloid attachment under most environmental conditions, leaving researchers and practitioners with no quantitative predictive theory to underlie design,” remarks Dr. Johnson. “Yet colloid attachment (filtration) is robust under environmental conditions, and society capitalizes on it in many contexts. Natural surfaces have nanoscale heterogeneities that allow colloids to attach despite overall (bulk) repulsion. These nanoscale interactions propagate to field scale impacts on the transport and distribution of environmental colloids. Representing nanoscale heterogeneity in mechanistic models captures behaviors that we observe at the macro scale. So while the representation is not literal (playfully termed decorative) it is critical for our predictions of macroscale colloid transport.”

In the recent paper, the team describes how the colloids’ ability to “stick” a landing relies upon whether the surface in question is appealing. An attractively “decorated” surface, defined by ionic strength, colloid size, and water velocity, determines whether a colloid attaches or not under environmental conditions. The work also provides predictive “residence times” for colloids as they relate to the surface of sediments.

“To get to the surface close enough to attach, colloids must move from the bulk pore water to the near-surface zone where attractive van der Waals and repulsive electric double layer (among other forces) kick in,” Dr. Johnson comments. “If repulsive elective double layer forces are absent, then the residence time in the near surface is short since there is no repulsion to inhibit attachment. If repulsive double layer forces are present (as seems to generally be the case in the environment), colloids may move along surfaces (in the near-surface fluid) for significant distances before they encounter heterodomain(s) and attach. The large distribution in near-surface residence times prior to attachment appears to result in the widely observed strange, previously unpredictable, distributions of colloids with distance from the source.”

Things change during storm and flood conditions, but not in a way that’s wholly unpredictable.

“A heavy rain can increase flow, thereby increasing the mobilizing torque,” adds Dr. Johnson. “Likely at least as important, is that rain has relatively low ionic strength. The distance over which colloid-surface repulsion acts increases with reduced ionic strength such that heavy rainfall can reduce the attractive interaction with heterodomains and thereby reduce the arresting torque. The combined increase in mobilizing torque and decrease in arresting torque mobilizes pathogens.”

The result of this work is both theoretical and practical. Practically speaking, it’s easier to predict how colloids will be transported in water, even at distances. During storm conditions, when ionic strength of groundwater changes, colloids that might normally attach to sediment no longer “stick,” and instead flow into drinking water sources, posing a danger. Knowing this helps water managers know safe distances for placing septic tanks and a more genereal understanding of distances needed to protect water resources in general from pathogens and other colloidal contaminants.

“Other benefits of better predictive capability include optimizing strategies to inject novel nanocolloids for the purpose of subsurface contaminant cleanup,” remarks Dr. Johnson. “Another application is the design of granular filters in the environment such as riverbank filtration as a first tier treatment process for drinking water, as well as the construction of lateral channels to reduce turbidity and contaminant load in mining-impacted streams.”

Perhaps the greatest ongoing challenge posed by this kind of research is the need to examine the facts at the nanoscale while also pulling back to assess the bigger, more practical picture.

“Our increasing ability to measure chemical and physical properties at near atomic scale combined with our increasing computational capabilities indicates that it will soon be possible to characterize and simulate the impacts of nanoscale heterogeneities in a literal rather than representative way,” Dr. Johnson points out. “This will allow us to understand what aspects we are, or are not, capturing in our representations of nanoscale heterogeneity. The lure of increased complexity will drive the research in this direction, but the hardest (and I think most useful) part is pulling back from this complexity to represent it at a level that facilitates improved prediction.”