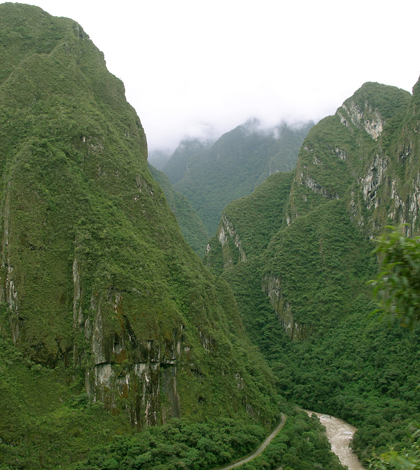 A new image, captured by a NASA satellite on June 7, depicts the recent fog hovering over the coast of Peru, near the capital, Lima. The fog is caused by a combination of upwelling currents and the Humboldt Current, according to NASA’s Earth Observatory.

The process occurs because the Humboldt Current pushes cold water towards the coast which is then pulled to the surface by strong upwelling currents. The cold waters are then evaporated into the atmosphere leading water vapor to condense into fog that fills the valleys along the coast.

The phenomenon creates unique cloud formations over the desert-like landscape.The Earth Observatory said the two formations visible in the image, both stratocumulus clouds, are open- and closed-cell formations and are usually quite dense, oftentimes blocking sunlight.

The fog usually persists from June to November and is commonly known as ‘garua’ by locals.