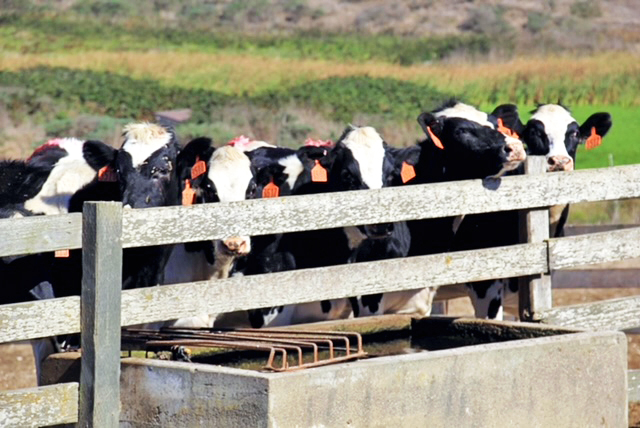 They also generate the frequent fogs that water the grasslands that beef and dairy cows have grazed for more than 150 years. While it’s unusual for 28,000 acres of a national park to be dedicated to agriculture as it is at Point Reyes, the relationship that’s been in place since the park’s designation by John F. Kennedy in 1962.

Now, research by National Park Service scientists shows improving water quality as best management practices for manure control were installed on the dairies and ranches within the park. Environmental advocates say that water quality is still much worse than it should be and that the park’s long relationship with cattle should be at an end.

Water quality monitoring from 2000-2013 showed a decline of nearly 90 percent in fecal indicator bacteria across three watersheds in the park. This happened during a time when dairy and ranching operations there implemented best management practices for water quality.

Fecal indicator bacteria are a group of microorganisms that animals shed when they defecate. Some strains of E. coli, perhaps the most famous of the group, can make humans sick when ingested.

“Pathogens originating from agricultural lands are the main cause of stream impairments in the United States,” the authors write in their study, which was published in Rangeland Ecology & Management in this month.

In a fourth watershed, where there was only limited grazing and no best management practices implemented, fecal indicator bacteria trended slightly upward.

The findings match another previous study of a watershed near the park that showed a similar decline in fecal indicator bacteria in watersheds with ranching operations after best management practices were implemented. Similar studies from around the world have shown declines as well. 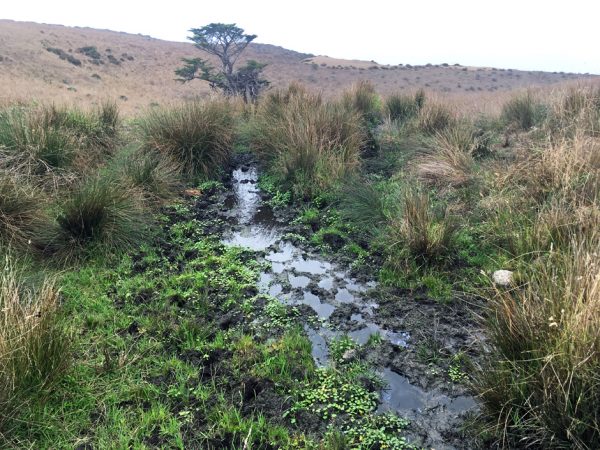 A long stretch of standing water edged by clumped grasses by Tomales Point . A eucalyptus tree stands in the distance. (NPS, Public Domain)

The strength of this evidence rests in the length of the park’s record of water quality monitoring, though environmental advocates are raising concerns about a lack of monitoring since 2013.

“We’re pretty unique in that regard, to have a number of watersheds where we have this much water quality data,” Voeller said. “It’s a really cool dataset and we’re lucky to have it in a lot of ways.”

The data won’t be used in support of any regulation, though the study notes that the number of samples below the contact recreation threshold set by the San Francisco Bay Water Quality Board increased sixfold during the study period.

The data used in this study lacks the fine resolution of some others—sampling was done close to monthly—and some of the sampling stations were set in small seasonal drainages close to the developed ranch complexes likely to have bacterial contamination from nearby cattle. Still the trend is convincing.

“It’s a one to two orders of magnitude reduction,” Voeller said. “It’s a huge difference.”

“What it’s telling me is we’re not seeing these big, big hits like they saw in the past in the park,” Voeller said.

The study also notes there could be complicating factors. Levels of fecal indicator bacteria could be impacted by soil and vegetation types, groundwater dynamics and resuspension from streambeds.

The biggest concern though, according to outside environmental advocates, is that the park hasn’t monitored these areas since 2013.

“We were a bit surprised,” Laura Cunningham, the California director of Western Watersheds Project, said of the gap in monitoring. Cunningham and Western Watersheds Project oppose ranching in the National Seashore on water quality and nature protection grounds. Modern ranching and dairying are not compatible with the spirit and ecological importance of the park, she said.

Cunningham, along with several other environmental advocates commissioned their own water quality test earlier this year. After one of the first rains of the season, they drew samples from streams in the park and found fecal coliform bacteria at 30 times certain recreational water quality standards. (It’s unclear what standards would apply for certain waters within the park. Recreational standards were chosen to provide a reference point.) 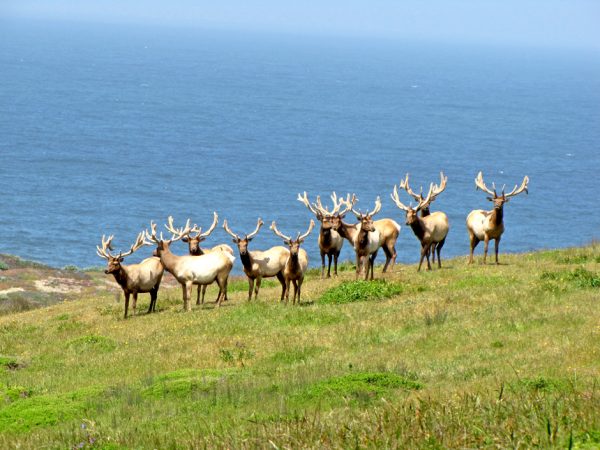 Voeller points out that the sampling was just a snapshot in time and the results can’t be generalized. He also said the results were not unexpected, especially during a rain, given the data that ended in 2013.

Other reporting by The Revelator showed that Point Reyes was in the top ten percent of places most polluted by fecal indicator bacteria nationwide and, in certain years, had the highest reported E. coli level in California on one of its ranches.

Agriculture and national park: a long-term but tense relationship

The fate of cattle in the park is a contentious subject.

“We’re contemplating having the ranchers have twenty-year permits,” Gunn said. “Up till now they’ve only had five or ten years.”

Longer permits means more stability for the ranchers, which might encourage lenders to fund additional best management practices, Gunn said. A loafing barn could cost upwards of a million dollars, she said.

Longer leases will just perpetuate the water quality problem, Cunningham said. Western Watersheds Project, along with others, opposes the new leasing plan. When proposed plans were open for public comment, the organization voiced support for a plan to phase out cattle over a 5-year period.

“Our ultimate goal is to remove the cattle,” Cunningham said. “This could be the Yellowstone of the Pacific.”

The park recently asked that this decision be delayed for 60 days, citing the change of administration and the high-profile nature of the issue.