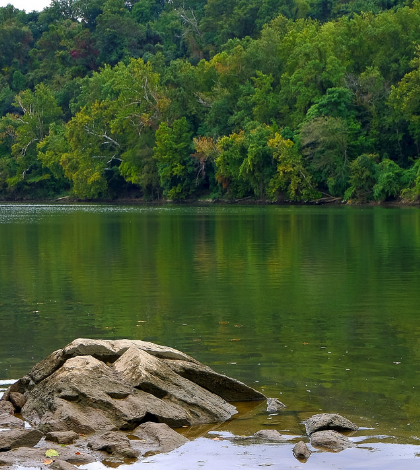 The National Oceanic and Atmospheric Administration has launched the National Water Model. At the core of the system for forecasting water resources in the United States is WRF-Hydro, a computer model developed at the National Center for Atmospheric Research.

WRF-Hydro is the first nationwide operational system to provide continuous predictions of water levels and potential flooding in rivers from coast to coast. The forecasts that it generates will help officials make informed decisions about reservoir levels and river navigation. The system will also be useful for flash flood alerts.

Unlike other streamflow models, which provided forecasts every few hours and just for specific points along major river systems, WRF-Hydro provides continuous forecasts of millions of points along rivers, streams and tributaries across the contiguous United States. To accomplish that, it simulates the entire hydrologic system, including snowpack, soil moisture, local ponded water and evapotranspiration. The info is then pushed out by some of the U.S.’ most powerful supercomputers.

WRF-Hydro incorporates advanced meteorological and streamflow observations, including data from nearly 8,000 U.S. Geological Survey streamflow gauges across the country. It uses advanced mathematical techniques to simulate current and future conditions for millions of points on every significant river, stream, tributary and catchment.

The National Water Model that is based on WRF-Hydro simulates conditions on rivers and streams along points two miles apart across the contiguous United States. Along with an hourly analysis of current hydrologic conditions, the National Water Model generates three predictions: an hourly 0- to 15-hour short-range forecast; a daily 0- to 10-day medium-range forecast; and a daily 0- to 30-day long-range water resource forecast.

In the future, scientists plan to continue refining the national model by adding more observations. These will be on snowpack conditions, lake and reservoir levels, subsurface flows, soil moisture and land-atmosphere interactions such as evapotranspiration.