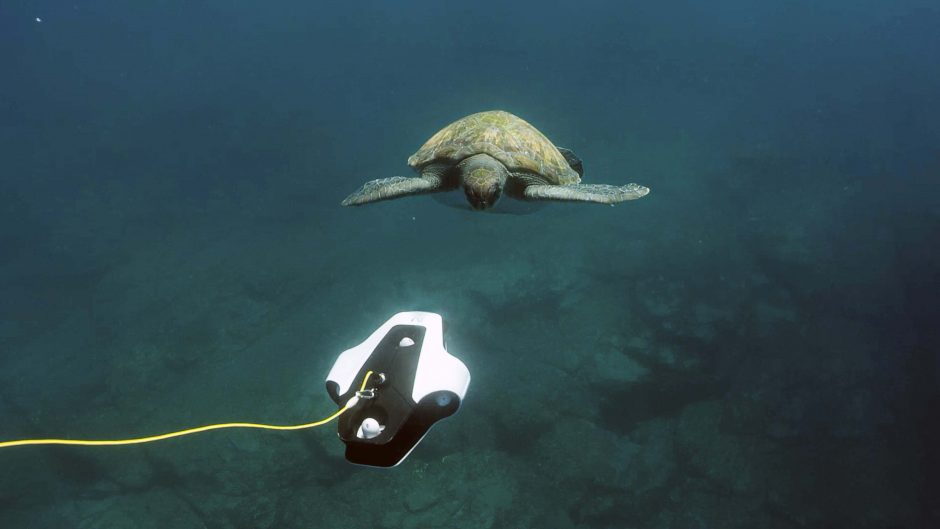 The Mito recording a sea turtle (Credit: Navatics, via communication.)

As more landlubbers become interested in exploring the world’s oceans, the Navatics MITO underwater drone provides a steadier alternative to shaky, unstable underwater cameras. The remotely operated underwater vehicle (ROV) is equipped with advanced active stabilization and a 4K camera, so anyone with the purchase price can explore up to 165 away and 40 feet beneath their boat—all without ever getting wet or dizzy.

The MITO up close

The MITO, Navatics first drone, reached its funding goals in about five hours on Kickstarter. Fay Wong, PR Director for Navatics, told EM about the MITO, and provided some images and video.

“Our first drone began as a college project among the co-founders,” explains Wong. “As Hong Kong University of Science and Technology is located in the Clear Water Bay, every time we looked out of the window from our dormitories, we wondered what it looks like underwater. We recognized the need to create an underwater robot which can bridge the gap between the human and marine worlds.”

A unique tether that both extends the battery life with a built-in solar panel and that transmits signals back to the controller is used to deploy the drones. The drone can navigate about 165 feet away from the boat or shore depending on tether length and is rated to dive up to 135 feet.

What sets the drone apart, however, is its “advanced active stabilization,” which prevents the choppy, dizzying footage that many underwater cameras and ROVs produce. 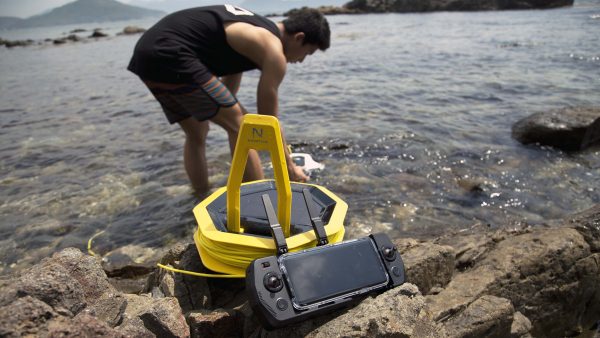 Deploy the drone from boat or shore, and control it remotely. (Credit: Navatics, via communication.)

“Our stabilization algorithm reads values from various sensors, including a depth sensor, gyroscope, accelerometer, and magnetometer, to best decide how fast each thruster should rotate,” details Wong. “The commands are then sent from the processor to the thrusters. In addition to the stabilization algorithm, we also use specially-designed thrusters and drivers; these allow us to control the rotation speed and behavior of each individual thruster down to the very fine details.”

“Stabilizing equates to hovering underwater, so it does not impact the power consumption by a whole lot,” remarks Wong. “Without any extra payload on the drone, it is capable of hovering for four hours straight on a single charge.” 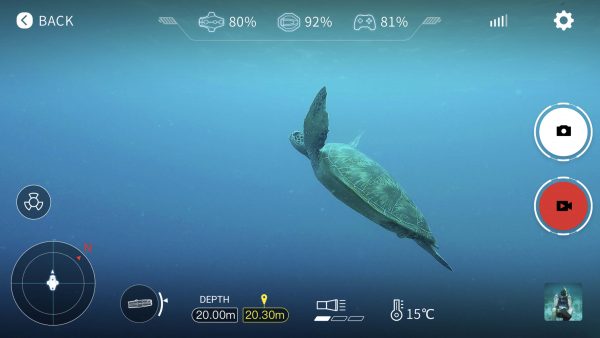 “MITO is equipped with a wireless transmission system,” Wong elaborates. “It can deliver HD quality, 30 frames per second real-time, live video via a neutrally-buoyant cable that runs up to a waterproof communication buoy. Users can explore the underwater world through Navatics App using their smartphones up to 500m away from the buoy. Navatics MITO can operate in low light underwater condition because it has dual 1000 lumen LED lights to illuminate a clear path underwater, and Inertial Measurements Unit and pressure sensors measure its depth and orientation.”

The MITO moves using four thrusters and can tilt up to 45 degrees up or down without altering its depth. Its maximum speed is a respectable four knots, or about 6.5 feet per second—all with notable stability, thanks to its algorithm.

“Navatics MITO can hover even in a strong current and keep its orientation and focus regardless of the complex environment underwater,” adds Wong. “The four thruster design also enables its body to actively adjust its tilt angle from -45 ° to 45 ° while moving forward and backward to obtain solid footage from a new perspective.”

A drone mainly for consumers—for now

MITO has a number of features that make it ideal even for non-technical users. For example, its app, which works on almost any smartphone, offers users built-in color correction.

“We felt that easy one-click color correction would save users time and effort,” Wong explains. “They can share the color-corrected images and video directly to social media. We are also working on bringing other new filters and functions like image enhancement to MITO.” 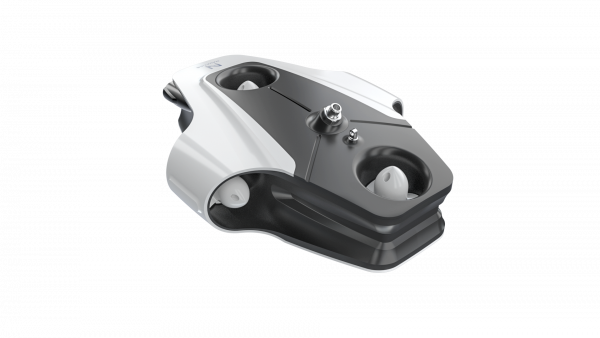 The app also allows the controller to attach to the smartphone, for live streaming in 1080p. Furthermore, the MITO is specifically designed to fit into a carry-on or backpack, at 15 inches long and 6.6 pounds.

For example, before exploring a new area, users can deploy Navatics MITO to survey it, identifying possible points of interest, dangers to avoid, and the general layout of a cave, lake, or reef.

The Navatics team has also worked with scientists in the design process, and adding an extra payload to the MITO is definitely on their agenda. 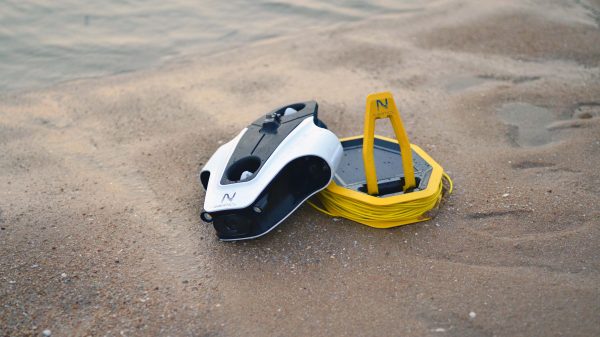 The Mito deploys with its tether. (Credit: Navatics, via communication.)

“We actually talked to many people from different backgrounds and industries, some of them scientists,” states Wong. “They asked if the ROV is capable of carrying an extra payload so that they can put on extra sensors or 360° cameras on the bracket. We are working on an algorithm that would let us takes heavier payloads without affecting the performance of the ROV, and we will update everyone once this algorithm is up and running on the Navatics MITO!”

Ultimately, for the Navatics team, the work is about far more than enjoying the ocean as a hobbyist.

“More than anything else, we would really like to work with the scientific and conservationist communities to find out what small, consumer-grade ROVs can do for the environment,” Wong adds. “We, as humans, take so much out of the ocean every day. Apart from their exploration and entertainment purposes, we would be more than happy to see consumer-grade ROVs helping scientists and conservationists with ocean monitoring and research.”

Next generation iterations will hopefully go deeper and further—while staying just as stable. The MITO will retail for $1,999.