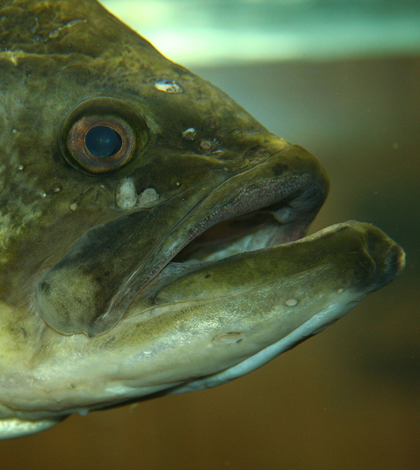 In May 2015, Wisconsin’s Pine Lake experienced a massive die-off of largemouth bass. The cause of the losses was relatively unclear at that time, with usual suspects like hypoxia springing up. But nowadays, thanks to more time to assess the scene and some DNA sequencing, it looks like scientists have a pretty good idea of one possible culprit: a new largemouth bass virus.

Investigators at the University of Wisconsin – Madison have discovered the new virus, which they’re calling largemouth bass reovirus. It has not been implicated in fish mortality, they say, but is still considered a suspect in the Pine Lake fish kill because of its relation to other pathogens that cause diseases in fish. In addition, the fact that the kill only affected bass raises suspicions further.

A description of the new largemouth bass virus is posted in the Journal of General Virology, in an article authored by university investigators and others from the U.S. Fish and Wildlife Service and the Wisconsin Department of Natural Resources (DNR). Its discovery comes after that of viral hemorrhagic septicemia (VHS) virus in the state’s Lake Winnebago. VHS has since spread to Lakes Michigan and Superior.

“Largemouth bass reovirus is only the second representative of its group of viruses,” said Tony Goldberg, associate director of research at the university’s Global Health Institute. “This family of viruses are emerging pathogens that infect all sorts of animals. They cause kills in marine and freshwater fisheries, including in wild and farmed populations.”

Goldberg told the Milwaukee Journal – Sentinel that it’s really too early to say what impacts the virus will have on largemouth bass. It could be inconsequential to them or it could be a growing threat. More study needs to be done to find answers.

In the meantime, officials with the Wisconsin DNR aren’t advising anglers or boaters to take any new actions.

“We would hope people will continue with their due diligence and follow the rules in place that seek to prevent the spread of viruses and other fish health concerns,” said David Giehtbrock, fish culture section chief at the DNR, to the newspaper.

Should the virus be linked to bass mortality, it could pose a large challenge for those working to control fish disease in Wisconsin. The sickness would also represent an economic threat to a fishing industry that brings in millions to the state each year.

“This is a classic example of how science is essential for managing our natural resources and the economic benefits they bring to Wisconsin,” said Goldberg. “Without strong science, Wisconsin cannot hope to respond effectively to these types of emerging problems.”

Identifying the new virus was made possible by advanced gene-sequencing technologies that allow biologists to sequence millions of molecules of genetic material in a sample and then use powerful computers to decipher the results. As the technology becomes more accessible, researchers expect that other fish virus discoveries will follow.