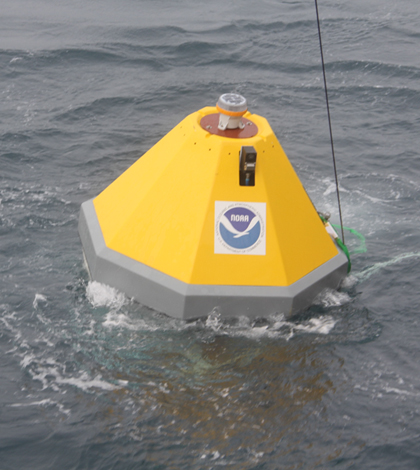 Ocean acidification is driving rapid fundamental shifts in seawater chemistry that could cripple marine ecosystems over the next century. But the concentrations of carbon and other elements are changing more quickly than current technology can measure them.

That creates an urgent need for a new generation of sensors to measure parameters like dissolved inorganic carbon and particular forms of essential elements like copper. Some developments in the past few years show promise, but there is still plenty of work to be done.

“It’s a very substantial challenge,” said Robert Byrne, a distinguished research professor in the University South Florida’s College of Marine Science. Byrne recently published a call for “innovation and invention” in the field in the journal Environmental Science and Technology.

Expensive, time-intensive laboratory and shipboard methods are commonly used to track these issues. But those those produce measurements that are too few and far between document these swift chemical changes.

“Typically the way these things have been measured for decades now is you collect samples, bring them into a ship and measure them within the ship and then go to the next station and get more water and measure things again,” Byrne said. Alternatively, oceanographers bring samples back to the lab and analyze them over the course of several months.

“You can imagine that in cases like that you don’t end up with nearly as much data as if you have in situ measurements,” Byrne said.

Scientists have made progress in developing sensors for continuous measurements of pH and what Byrne said is a “rather esoteric parameter” called CO2 fugacity — both of which are coming the fundamental parameters for tracking the ocean’s CO2 system.

But those parameters also happen to introduce more error into broader calculations. Meanwhile, the laboratory methods for measuring some of the important parameters — alkalinity and total dissolved inorganic carbon — don’t translate well to in situ instruments.

Alkalinity is a measure of the acid-neutralizing ability of seawater that is typically measured by adding acid to a sample until it reaches a standard endpoint. Applying that to an in situ technique would mean loading strong acids into devices that can very exactly measure the relative amounts of and seawater in the sample. Oceanographers aren’t able to do that really well yet, Byrne said. In situ measurements of total dissolved inorganic carbon — a sum of carbon dioxide, bicarbonate and carbonate — has shown more promise, though the techniques are very young and have only been developed over the past four or five years, Byrne said.

Sensors to measure pH and dissolved inorganic carbon would go a long way toward tracking some of the most important effects of ocean acidification.

“If we have in situ sensors that are coupled so that we can measure both pH and … dissolved inorganic carbon, we know that we can make calculations telling us what the carbonate ion concentration is,” Byrne said. “Thereby we’d be addressing the question, do we have enough carbonate so that shelled organisms don’t just naturally dissolve.”

The need for new sensors goes beyond the carbon system, Bryne said. Fluctuations in acidity can also have effects on whether trace elements are available in the right chemical forms to be taken up by marine organisms. Copper, for example, is only bioavailable in one chemical form that is essential in low concentrations but can be toxic in higher concentrations.

In-situ sensors are also essential for developing records of high-frequency measurements necessary to discern long-term effects from daily fluctuations in parameters like pH. Data on some areas of the ocean are only collected once every one to five years, depending on the research cruise schedules and ship availability.

“What we want is sensors that we can put out in the environment that send the information back periodically to our desktop computers so they can be fed into models,” Byrne said. “We want networks of these kinds of things where we are really data-rich, because we are data-poor right now.”