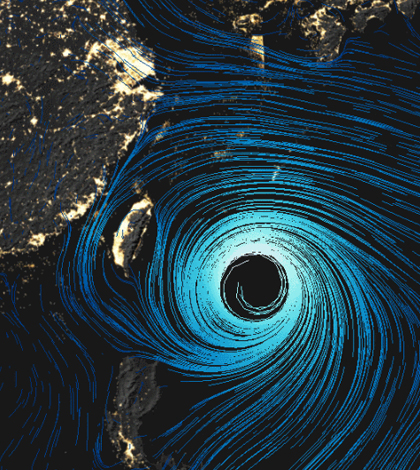 The National Oceanic and Atmospheric Administration has released a new interactive data tool that allows users to peruse the Earth’s wind patterns, according to City Lab. The new tool, called weatherView, covers the whole planet, including areas over the oceans.

This type of expansive coverage means users can pick and choose areas they want to observe. And the tool also offers abilities to change data units of measurement, day or night exposure and timeframe.

In addition to wind, weatherView has robust options for checking out the Earth’s weather systems and heat levels. The option for viewing nighttime conditions also lets users see the world’s cities light up the sky, in bright fashion, from space.