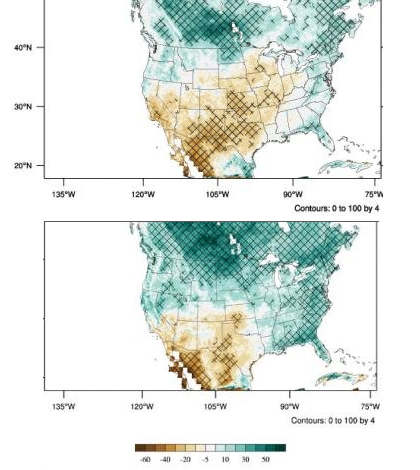 According to a release from Argonne National Laboratory, scientists have succeeded in significantly improving the resolution of a North American climate model, meaning higher accuracy for future climate forecasts.

The new model, though computationally intensive, was worth the effort, as it seems to correct bias in previous models, such as predicting that weather for the Northern Great Plains would be wetter than it actually was. The higher-resolution model predicts moisture levels to be lower, a result in the right direction.

The researchers have noted that the improved model does a better job of predicting precipitation in rugged terrain, like the Rocky Mountains. The researchers next plan on developing an even more precise model, with North America divided into squares only 2.5 miles on each side.