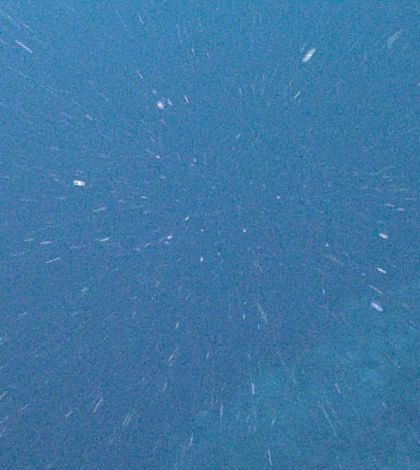 Thanks to the size of the oceans and the difficulty that researchers have getting to regions for study, there are lots of questions that remain about our seas. But things can go a little easier if you opt to glean findings through modeling instead, as a group of investigators led by the University of Washington recently did in a study of ocean carbon sinking rates.

It’s a big question to answer, as nearly the same amount of carbon that helps plants to thrive on land also makes its way into plankton in the oceans. When these tiny marine plants die, they sink, providing food for bacteria that feast on their corpses. If the shells make it far enough, they have a chance to remain trapped in deep sediments, sequestering away the carbon they hold for centuries.

To figure out the sinking rates of carbon in the ocean as well as amounts that get stored away, investigators at the university zeroed in on phosphate, a nutrient that plankton take in at the surface and release as they decompose. They used ocean circulation models and estimates of organic matter export from the surface to simulate the movement of “marine snow,” or the clumps of plankton detritus that drift down to the ocean floor.

Their efforts revealed that about 15 percent of the carbon in plankton makes it to long-term storage in the deep ocean, which was an expected find based on other estimates. But regional patterns of the sinking showed a surprise, as researchers found there is varying strength to carbon cycling across different areas of the oceans.

The efficiency of the transfer is about 5 percent in the subtropics and 15 percent in the tropics. But it surges to 25 percent in polar oceans. Scientists say that the find underscores the importance of cold, high-latitude parts of the ocean that can more efficiently store carbon over long periods of time.

Full results of the work are published in the journal Proceedings of the National Academy of Sciences.