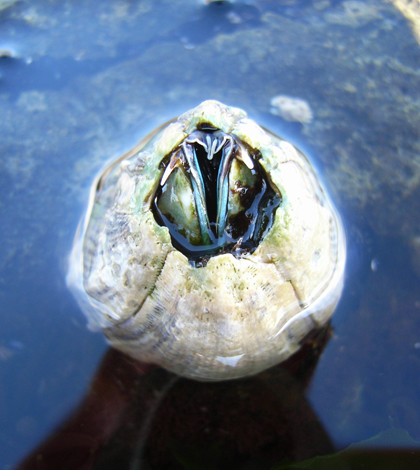 An international team of scientists led by researchers at CSIRO’s Climate Adaptation Flagship and the University of Queensland has found that warming oceans are affecting the mating patterns and habitats of marine life, according to a release from CSIRO.

Image: The giant rock barnacle is one species that is migrating in response to elevated ocean temperatures (Credit: Elvira Poloczanska, CSIRO)