Ohio State, U. Hawaii Scientists Test Ability Of Corals To Adapt To Acidification 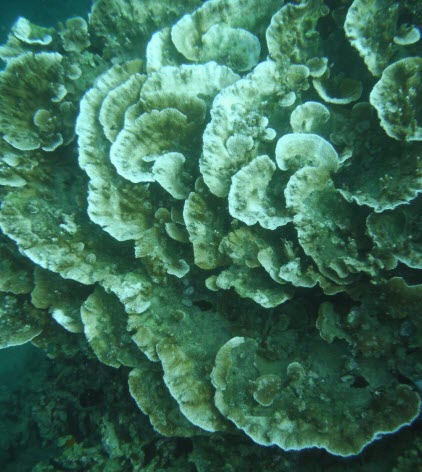 Do the recurring bleaching events mean that the corals in this region are doomed? Scientists at Ohio State University and the University of Hawaii are approaching that question with an interesting hypothesis: That corals can acclimate or adapt to ocean acidification conditions and warmer water temperatures.

Following the extensive damage Hawaiian reefs experienced during the 2014 bleaching event, researchers at the two universities were awarded funding from the National Science Foundation’s RAPID program. It allowed them to respond quickly to the bleaching event and collect coral samples they would need for the investigation. Their methods of choice involve looking at the respiration and photosynthesis rates of the corals, as well as their eating habits, to see if and how the corals are recovering.

Hundreds of coral samples were gathered for the work, and Ohio State scientists say that its technical nature makes for some complex and fascinating study. Some of the gear they’re using add to that too. Scientists have set up some neat experiments to gauge the resilience of corals they collected from reefs off the coast of the Aloha State. These include the use of custom-built respiration chambers where coral samples are placed on individual grids above magnetic stirrers that spin to maintain full circulation of dissolved oxygen that corals can tap for respiration. YSI ProODO Optical Dissolved Oxygen Meters are used within the chambers to measure how the levels change.

“The ODO meters are awesome compared to the old ones that have the membranes (YSI Pro20s),” said Andrea Grottoli, professor of earth science at Ohio State and head of the Division of Climate, Water and Environment there. “We use six or seven at a time. They’re fast to calibrate and easy to install. It’s just one cap. They’re running continuously for three-hour stretches and fully standing up to the job.” When coupled with the submersible stirring plates, she says they can run so many more samples than in the past. The corals are first run through the respiration chambers with the lights on while researchers measure dissolved oxygen. Changes in oxygen are used to calculate the rate of photosynthesis of each coral.  Light levels are tracked using an Apogee Instruments’ MQ-200 handheld meter that measures photosynthetically active radiation. After the treatment in light, the coral samples are then subjected to the same conditions in the dark. Decreases in oxygen in the dark are used to calculate the coral’s respiration rate.  With both photosysnthesis and respiration, researchers can assess how robust coral metabolism is.

Grottoli says the photosynthesis rates are assessed every six months. That determination is in addition to work that is looking into the corals’ lipids, protein, carbohydrates and endosymbiotic algal density.  The scientists are also seeing how feeding them affects their resilience.

“Our second hypothesis is that if you feed coral, that offsets the negative effects of ocean acidification,” said Grottoli. “So half are fed and half are not fed.” Portions of the study relying on lipids and proteins help to show how corals cope with ocean acidification, Grottoli says.

Bringing it all together, the scientists are assessing rates of recovery, photosynthesis and respiration, in addition to feeding, and forming a total carbon budget. But they won’t have all of the data to calculate these budgets for another few months.

As for what the work may reveal, Grottoli doesn’t yet know. Some of the corals under study appear to have higher mortality rates from others, but those aren’t seemingly related to acidification. Another type looks to be recovering, or getting browner, faster. But all results so far are preliminary.