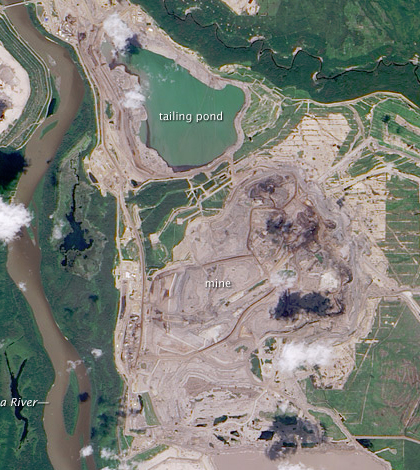 Secondary organic aerosols are a type of anthropogenic emission known to cause great harm to people and climate. The aerosol particles of this type of pollutant are 2.5 microns or less in diameter, a breathable size that causes millions of deaths every year.

Along with colleagues in Canada, a team of researchers at Yale University has found that Canadian oil sands operations are the top producers of secondary organic aerosols in North America — and that they have been top producers of the harmful pollutants for several years.

Scientists found that the amount of aerosols created by Canadian oil sands operations in Alberta was similar to that produced by large metropolitan areas such as Los Angeles or Houston. Because of Alberta’s remote location, however, the impact of the secondary organic aerosol emissions is expected to be significantly less than it would be for a city.

Researchers fear, however, that the impacts on climate will still be severe. Comparisons are being drawn between the impacts of oil sands operations on the environment versus those of fossil fuel technologies.