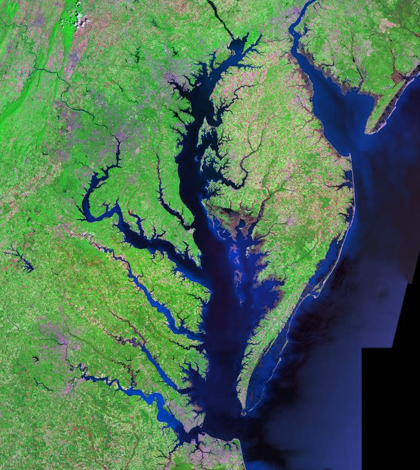 Editor’s Note: Any use of trade, firm, or product names is for descriptive purposes only and does not imply endorsement by the U.S. Government.

Hundreds of miles downstream, waterways flowing near the Allegheny Portage Railroad National Historical Site in Pennsylvania flow into Chesapeake Bay. But before making it to the bay, the headwater streams have impacts locally for the lifeforms they hold. Creatures like fish and amphibians that thrive in the streams depend in large part on the health of them, something that managers at the park always have their eyes on.

In an ongoing investigation, managers are tracking water levels and temperatures in Blair Gap Run, in Blair County, Pennsylvania, and an unnamed tributary to Bradley Run in Cambria County. Both of the streams are first-order, or minor, headwater streams to the bay.

Two Heron dipperLog NANO Vented Water Level Loggers were first deployed in the streams in 2014, but the project hit a snag when one of the loggers failed within the first six months of deployment. The logger’s battery had shorted because too much moisture entered the logger, due to faulty desiccant.

A lot of initial savings on the loggers were lost, managers say, due to the time and effort it took to replace the unit. Critical data were lost as well. But the project was able to move forward after Heron provided a replacement logger.

Level and temperature data have since been collected through the spring, summer and fall seasons of 2014 and 2015, while monitoring is still underway for 2016. “We are logging stream water levels and temperature at 15-minute intervals (except during winter months) to learn more about streamflow variability in an effort to protect native fishes and herpetofauna, the effects of precipitation fluctuations on streamflows and to detect decreases in streamflows that might threaten our native fauna,” said Kathy Penrod, natural resources management specialist with the National Park Service, which oversees the historical site.

Staff at the historical site visit the deployment locations every month, Penrod says, to collect staff plate readings near the loggers that help with data validation. Sampling is also done with synoptic flow meters.

Those data are valuable but don’t gather as complete of a picture as tracking the streams continuously.

“Continuous stream gage and flow data are important because synoptic sampling with a flow meter gives streamflow at only a single point in time. Continuous data can be collected without a human site visit and provides a long-term record of stream water levels,” said Penrod. “Synoptic field measurements of streamflow and corresponding staff plate readings will allow us to produce calibration curves to estimate continuous streamflows over time.”

With these data in hand, the park service can determine some of the potential threats that native fishes or amphibians in the streams face and then respond accordingly by devising management actions that plan for their long-term protection.

But no concrete conclusions have yet been drawn, as data for 2016 are still being gathered. After all data have been tabulated, analysis will begin.

“Data will be analyzed after 2016 data to compare streamflow to continuous precipitation data and groundwater levels at nearby wetlands to see if these parameters are good predictors of stream water levels needed for fishes and other aquatic life,” said Penrod.