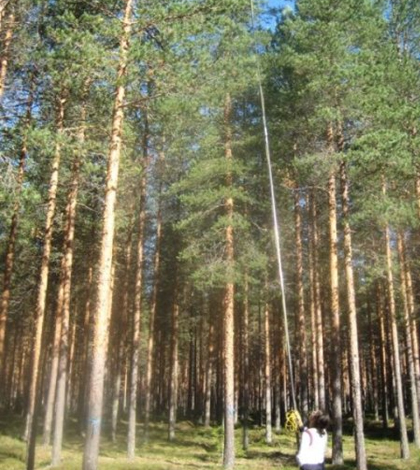 Like people and animals, plants also work harder as the temperature rises, respiring at higher rates. But as researchers from the Earth Institute at Columbia University explain in a release, plant respiration may not increase as much as previously expected as the globe warms, meaning there may not be as much extra carbon dioxide pouring into the atmosphere as projections have indicated.

Researchers now believe that sensitive areas such as the Arctic, already experiencing significant increases in temperatures and plant respiration, may experience a leveling-off effect that will make future rises in plant respiration less dramatic. The effect is expected to occur not just for sensitive Arctic plant life, but for all plants in different regions around the world.

Scientists re-adjusted their expectations for future plant respiration based on data gathered from 231 species of plants, including grasses, herbs, shrubs and trees. They exposed the plants to rising temperatures for half-hour spans, in a variety of locations and climates, and saw the leveling-off effect independent of species and location.

Results of the study are expected to improve future climate models.