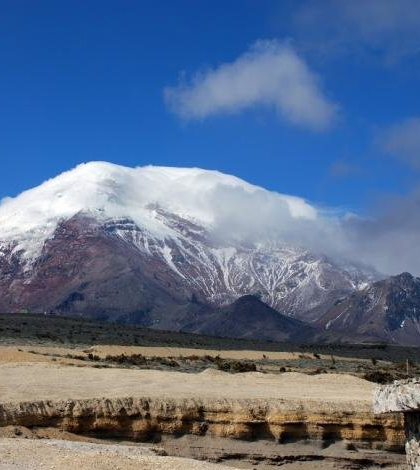 As climate change continues, plants growing on the Chimborazo volcano in Ecuador have adapted by expanding into upper altitudes previously too cold for them, according to a release from Aarhus University in Denmark. Over the past 200 years, a dramatic migration of the vegetation zones on the volcano has occurred, about 500 meters upward according to historical records.

Aarhus researchers compared modern vegetation data from Chimborazo to that of German scientist Alexander von Humboldt, who collected similar data 210 years ago in the same location. It became clear that many common species were spreading upslope as the climate became warmer, whereas some individual species who had been keeping their numbers roughly the same are now falling behind as climate change continues.

The researchers are especially concerned about the loss of diversity in the tropics, where many rare individual species currently live. The Aarhus team’s information demonstrates how historical vegetation records on Chimborazo can be used to show how plants have already adapted to global climate change.