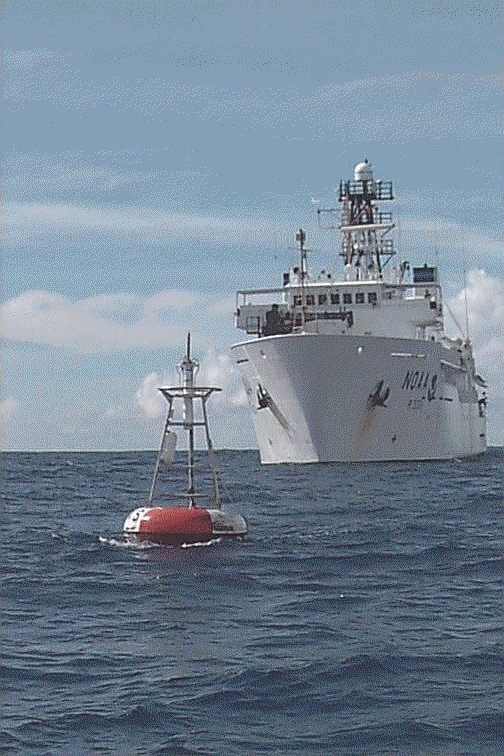 The heavy snowfall, flooding and other extreme weather brought on by El Niño has shown to grow stronger in winter time, but new techniques may help predict the storms months in advance.

Improvements in forecasting the events have come from ocean scientists and those willing to brave the powerful Pacific. One of those is Michael McPhaden, with the National Oceanic and Atmospheric Association.

“El Niño is characterized by warm waters in the pacific and weak tradewinds,” said McPhaden, a senior scientist at NOAA. “It changes weather variability all over the globe.”

Some of that variability spawns heavy rains, hurricanes and drought conditions. But McPhaden and others have developed a new way to predict the events through comparing satellite data and measurements gathered by the TAO-Triton buoy array.

By looking at changes in the Pacific’s temperature, effects on cloud movement can be predicted.

“We’re able to look below the surface and see that those changes precede surface changes by three to nine months,” said McPhaden. “We see the movement of clouds and have noted that they follow sea surface temperature.”

The TAO-Triton buoy array is critical to measuring the temperatures. The array is made up of 70 buoys in the Pacific that also monitor things like surface winds, relative humidity and rainfall.

“The buoys are anchored with railroad car wheels, which helps keep the cost down,” said McPhaden. “They transmit temperature and other oceanic measurements or meteorological data.”

NOAA supports 80 percent of the array, and Japan the remaining 20 percent. The data the buoys transmit is fed into forecasting models. But where does the satellite come in?

By comparing satellite images to buoy measurements, the scientists have shown that drops in sea temperatures precede drops in heat given off by clouds. Those dips usually occur before winter.

“El Niño’s peak development is in the late northern fall and winter season. That’s when we see the biggest impacts,” said McPhaden.

McPhaden noted the global nature of those impacts to show just how far El Niño’s effects can reach.

“El Niño only occurs in the tropical pacific, but it impacts everywhere,” said McPhaden. “It affects weather on all seven continents.”