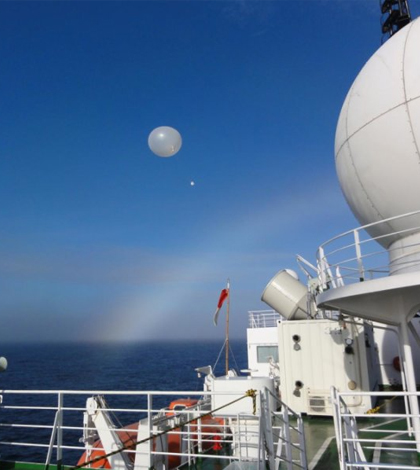 The Arctic’s Northern Sea Route (NSR) may become more attractive for transport in the future as sea ice continues to decline due to global warming effects. However, sea ice loss also can cause severe weather changes, meaning that without effective weather forecasts, the NSR might be too perilous to cross.

However, in a release from the Research Organization of Information and Systems, it was shown that radiosondes, instruments launched with weather balloons, may be able to provide weather forecast data accurately enough to reduce the hazards of crossing the NSR, even in periods of severe weather.

The radiosondes, which scientists launched several times a day from three meteorological stations surrounding the Arctic Ocean, gave data on a variety of atmospheric parameters, which were then incorporated as “special data” in ensemble forecasting experiments in an atmospheric general circulation model. Modeling was performed with and without the radiosonde data input and results suggested that model iterations performed with the radiosonde data more accurately estimated Arctic weather patterns. Scientists also found that the optimal interval for radiosonde deployment was four times per day.