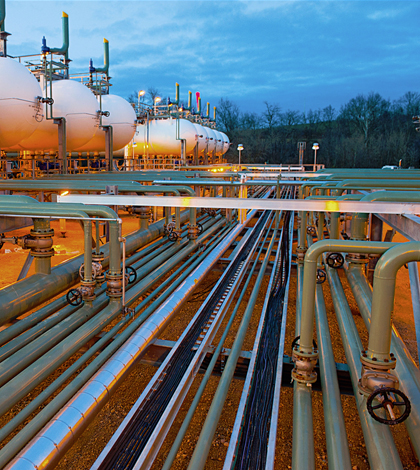 Researchers are looking in to the drop in carbon emissions. (Credit: Bilfinger/CC BY 2.0)

The use of coal-powered electricity in the U.S. dropped from 50 percent to 37 percent between 2007 and 2012 because of increases in natural gas production, according to TreeHugger. But, contrary to popular belief, carbon emissions dropped because of the recession, not because of natural gas use, according to a study by University of Maryland researchers.

Though the steady switch to natural gas, and renewables, cut emissions, the main driver was a reduction in household consumption, scientists found. In the study, published in Nature Communications, researchers write that consumption and production accounted for more than 75 percent of the emissions decrease, according to a release from the university.

The study also outlined how alternative energy sources have had very little impact on overall emissions since 2007, which increased between 2013 and 2014. According to the press release, one study author believes that the increase in natural gas production may have made renewables less attractive, contributing to the recent increase.

Top image: Researchers are looking in to the drop in carbon emissions. (Credit: Bilfinger/CC BY-ND 2.0)