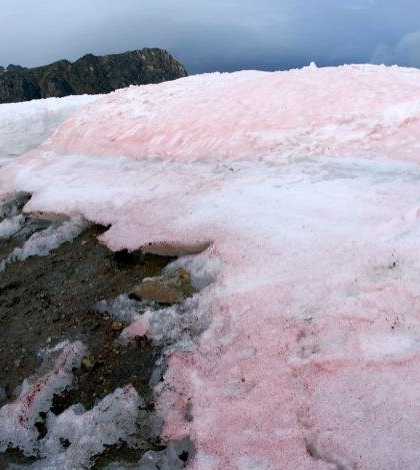 In a pioneering study, researchers have looked at the large-scale effects of red snow algae on Arctic ice and snow melt. According to a recent release from Helmholtz Centre Potsdam, the red algal blooms that occur seasonally on Arctic land have had a big effect on the gradual warming of vast expanses of frozen tundra: They’re making it worse.

Albedo, the phenomenon of white surfaces reflecting light, is reduced by the pigmented red algae and causes once-white snow to turn red and reflect less light. That results in more light penetration and heating of the ground underneath.

High-throughput genetic sequencing was performed to examine the biodiversity of red snow algae across Arctic areas ranging from Greenland and Iceland to Sweden. The study involved 40 algae samples from 21 glaciers.

Sequencing data showed that the same species was likely responsible for the widespread reduction of albedo all over the Arctic. Red snow algae blooms typically occur every year during warm months, but the algae goes dormant in winter. Estimates suggested red algae coloration of snow reduces albedo by about 13 percent. Warmer temperatures, sunlight and meltwater provide an environment that encourages red snow algae growth.