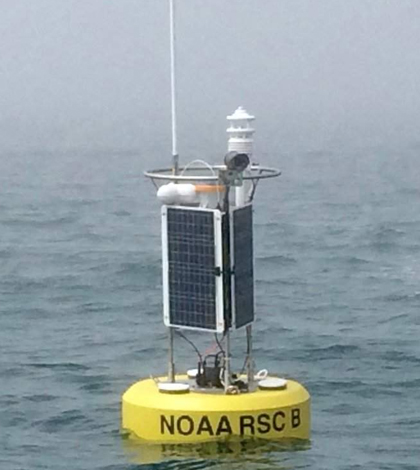 A new data buoy launched by the Regional Science Consortium in May 2016 is helping citizens near Lake Erie’s Pennsylvania waters keep safe, according to GoErie.com. The buoy joins several platforms, including another data buoy deployed nearshore, that is reporting information on the lake’s conditions to a publicly accessible web datacenter.

While the nearshore buoy keeps tabs on parameters including temperature, conductivity, pH and turbidity, the new buoy has been launched with wave data of most concern. Among other things, it’s equipped with a wave sensor that will tabulate maximum and average wave height.

After a testing period to vet the wave sensor’s data, plans are to re-deploy the new buoy to another location along the shore. There it will add to the stream of real-time data that boaters and beachgoers in the region depend on for safer trips to visit Lake Erie.