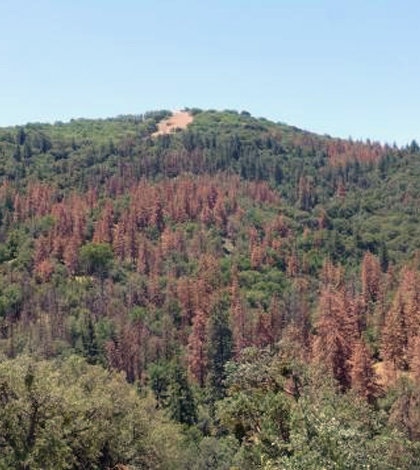 Forests and grasslands in the United States can’t seem to escape the impacts of drought, according to a new report from the U.S. Forest Service. Scientists at Duke University helped to compile and edit the report, which projects that drought will continue to have far-reaching impacts on U.S. forests in coming decades.

While the effects of drought have surely been most pronounced in the U.S. West, the new report reveals that practically all forests and grasslands in the country are experiencing impacts. These relate to drier conditions, warmer temperatures, habitat changes and the deaths of tree species that aren’t tolerant to drought.

Seventy-seven scientists from the Forest Service, other federal agencies, research institutions and universities across the United States contributed to the new assessment. It establishes a baseline of available data that land managers can use to test how well their efforts to improve drought resilience are working.