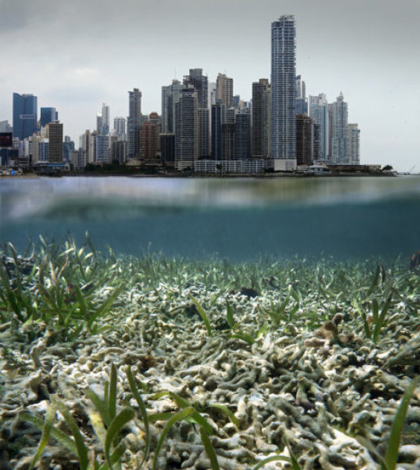 The coral reefs, mangroves and seagrasses that support marine food webs are in decline. (vilaincrevette / Fotolia)

An alarming press release by the World Wildlife Fund shows that biodiversity has undergone steep declines since 1970, with marine vertebrate populations down by 49 percent and some fish populations down by as much as 70 percent. The enormous drop in species numbers has been blamed on human activity in the past few decades, either through direct harm or by damaging habitats.

Overfishing, habitat destruction and global warming are three major ways humans have been decimating marine species including fish. Coral reefs, mangroves and seagrasses are habitats that have been badly hit by human activities in the 1970 to 2012 data timeframe researchers examined in the current study. Coral reefs especially were viewed as critical habitat, since about 25 percent of marine species call coral reefs home.

About 850 million people benefit from coral reefs economically, culturally and socially. Catastrophic loss of coral reef habitat would be their loss as well. The report noted that even though the data paint a bleak picture of critical ocean habitats, it is not too late to reverse current trends.