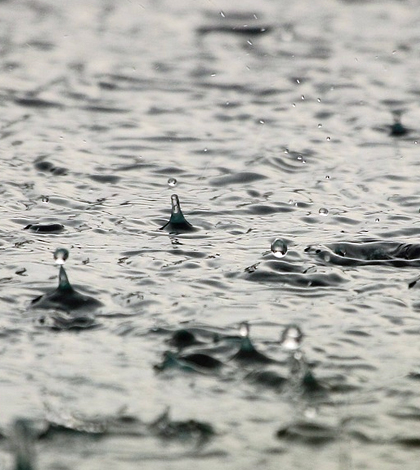 An understanding of climate change’s effects on the environment has become commonplace and grows every day, but one researcher from Florida State University is looking to answer a new question:

What are climate change’s effects on people’s health?

In one of the first studies of its kind, Chris Uejio, an assistant professor at FSU, and a team of researchers studied how climate change can affect the roughly 20 million Americans (according to the Environmental Protection Agency) who consume untreated drinking water on a daily basis.

Because climate forecasts are predicting higher rainfall rates over the next few decades, coming down in intense storms, Uejio said those flashes could cause flare-ups in waterborne illnesses.

“In the Midwest and Northeast, there’s going to be more rainfall on average [due to climate change],” he said. “So we thought there could be a driver between having more rainfall events, which may then flush disease-causing agents into surface and groundwater sources which could then be further ingested by households where that water isn’t being treated.”

To test their hypothesis in conjunction with a related study, the researchers took to Rusk County, Wisconsin to measure what pathogens are found in aquifer sources residents draw water from, what pathogens ultimately made it into their homes, and whether or not there has been a noted increase in gastrointestinal illnesses as rainfall rates have increased.

In this related study, Dr. Mark Borchardt conducted qPCR using a LightCycler 480 instrument from Roche Diagnostics to test the water.

In partnership with the Wisconsin Department of Health and the Children’s Hospital of Wisconsin, Uejio’s study, published in the Hydrogeology Journal, examined rates of gastrointestinal illnesses of children less than 5 years old from 1991 to 2010, and how those same rates compare to predicted rates from 2046 to 2065. The study shows if areas that do not treat drinking water do not build the needed infrastructure to begin to do so, they could expect a surge in the illnesses at a rate of between 1.5 and 3.6 percent.

According to the study, roughly 7 percent of children affected by the illnesses wound up receiving hospital care.

However, should some areas take up an aggressive approach to installing drinking water treatment appliances, the projected disease rate, as it relates to rainfall, could decrease by as much as 80 percent.

When collecting the data, Uejio said the researchers who checked for pathogens both in homes and directly from the wells found a noteworthy amount of pathogens in the water from both sources.

“He was finding that many of the groundwater drinking supplies contained viruses,” Uejio said. “Not necessarily at alarming levels, but you don’t need a lot of a virus to cause an illness.”

One reason the research may come as a surprise, Uejio said, is because for a long time, conventional dogma said as water works its way from ground level to underground aquifers, the various soil levels filter disease-causing agents out as it sinks.

However, new research suggests that different manmade apparatuses such as leaky sewer and water pipes and septic systems actually leach chemicals into the water as it runs downward.

While it’s no big secret that U.S. infrastructure is in dire need of repair, Uejio said this research suggests a greater need for the political will to fund such projects. He said the positive impacts will have two key benefits.

“I see this as a win-win situation,” he said. “We can both improve the health of our existing communities, many of them rural, relatively poor communities that need help with their infrastructure, and at the same time, make ourselves more resilient to climate change.”

Looking forward, Uejio said he would like to replicate his research on a national scale to see what effects climate change could have on human health across the country. However, he said gathering that kind of research without violating medical privacy laws will take a long time.