Journalist to travel the Rio Grande, collecting data and reporting along the way 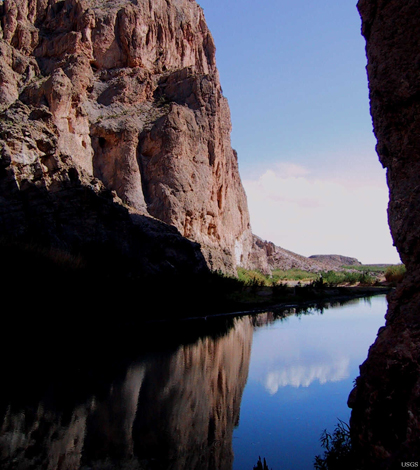 This June, a journalist will embark on a seven-month expedition along the 1,900-mile Rio Grande to tell the stories of the imperiled river and the people and ecosystems that depend on it.

By kayak and canoe and on foot, Colin McDonald, former water and environment reporter at the Express-News in San Antonio, will follow the Rio Grande’s evolution from its rise in the mountains of southern Colorado to its outlet in the Gulf of Mexico.

He’ll meet with people who are impacted by and control the river, from fly-fishermen to members of the International Boundary Water Commission. He’ll collect water quality information along the way, combining the data and interviews to report for the Texas Tribune on the rise of threats like climate change, water extraction and pollution.

“It’s just a great river to write about these changes that are happening, because on on the Rio Grande they’re very big, easy things to point to,” McDonald said.

McDonald has partnered with Texas State University’s Stream Team citizen scientist program for a water quality probe that he’ll use to measure pH, conductivity, temperature and dissolved oxygen. He’ll also measure clarity with a Secchi disk and E. coli with strips that incubate colonies of the bacteria with body heat. His measurements won’t be incredibly precise, he said, but they’ll be enough to show the large-scale shifts the river undergoes along its route.

“I wanted to cover gross changes of how the river goes from being one of the best trout streams in North America, to cesspool, to evaporating cesspool, to no water,” McDonald said. “And then to big urban runoff, big farmland runoff, and then to the coast.”

The Kickstarter-funded expedition kicks off on June 20 on the Stony Pass trail near Silverton, Colo. He’ll paddle through Colorado into northern New Mexico. Depending on the timing of the monsoon season and length of the irrigation season, he may be able to catch pulses and float all the way to El Paso just beyond the Texas border. But he’ll likely be walking some portion of the New Mexico section.

McDonald will traverse some remote stretches of the river, but he’ll never be far from civilization. The river has attracted settlements for centuries, and he’ll be able to restock provisions in the little towns that still dot the river corridor.

“Pretty much all of them have gas stations, and I can buy tortillas and cheese at probably all of them,” he said. “It’s an interesting river in that it goes through some pretty inhospitable places, but I’m really never that far from an international airport.” The river is a crucial source of drinking and irrigation water for a slice of the parched Southwest, with more claims on its water than the system can provide in some years. Growing demand, persistent drought and increasing evaporation rates have led a long section of the river below El Paso to frequently run dry.

“El Paso, Albuquerque, Brownsville, Matamoros — all these big cities depend on the Rio Grande for water,” McDonald said. “As temperatures rise and evaporation rates increase, there are some serious consequences and hard decisions that have to be made about who gets the water and who doesn’t.”