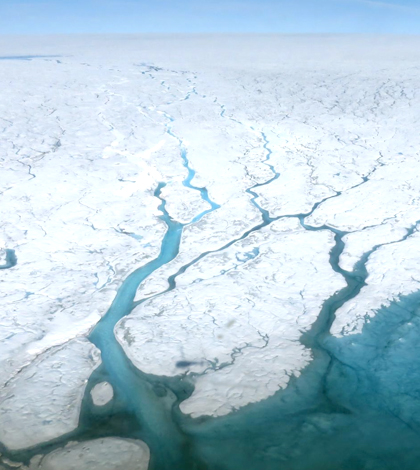 Scientists at Rutgers University have found that rising sea levels are linked with a number of trends around Greenland. These include vanishing Arctic sea ice, persistent weather systems and surface ice melting on the island itself.

The increased melting on the Greenland ice sheet in recent years may also be linked to cooler-than-normal ocean temperatures south of the island, slowing ocean circulation.

The Rutgers study, published online in the Journal of Climate in February, tapped computer models and measurements in the field.