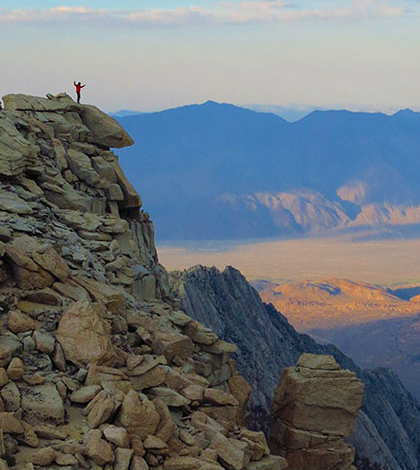 Scientific debate surrounding the age of the Sierra Nevada mountain range goes back decades. For much of that time, researchers believed that the mountains were relatively young, experiencing the majority of their uplift as recently as 3 million to 5 million years ago.

But a few studies have called that estimation into question, including one led by scientists at Stanford University in 2006. That investigation relied on the evaluation of hydrogen isotopes in rock samples gathered from the mountain range to look at variables like age and elevation. Since that time, other researchers from Stanford have taken a stab at verifying and updating the results of that work.

The follow-up analysis, results of which are published in the Bulletin of the Geological Society of America, relied on the properties of oxygen isotopes instead of hydrogen ones in rocks because the former are more resistant to exchange and alteration, chemists say. Stanford scientists applied the approach to the exact same samples used for the earlier investigation, allowing for consistency and comparison in their results.

To accurately determine the age of the Sierra Nevada, the team needed to understand how high the mountains stood 40 million years ago, the age predicted in the 2006 study. Previous attempts to directly measure historical surface elevation have provided only aspects of the range’s history, but the Stanford team’s approach made it possible.

By analyzing the oxygen fingerprint within the clay samples, researchers were able to uncover long-term historical rainfall patterns and determine if they matched those expected from high mountain ranges. They found that the signal was consistent with the high Sierra tens of millions of years ago, indicating that the range was already uplifted at this time.

By coupling the Sierra’s elevation history with knowledge of the climate system and deep-Earth processes, the team’s work can help scientists determine which processes might have been most important in shaping the world into the one we see today.

Results of the follow-up work point to the likelihood that the Sierra Nevada formed roughly 40 million years ago, a time geologists refer to as the Eocene. The Eocene was the most recent time in Earth’s history when carbon dioxide levels were higher than they are today, and many scientists view this as the worst-case scenario analog for today’s anthropogenic climate change.

By combining the hydrogen isotope record with the oxygen isotope record, the Stanford team effectively created a thermometer, and their findings suggest that the Sierra formed under very different climate conditions than today.

The analysis has an added benefit of aiding climate scientists who investigate today’s planet because researchers test their models against ancient climates, for which a lot of data are available.

Climate modelers use elevation and temperature reconstructions as boundary conditions for their models, scientists say. The improved constraints revealed by the investigation may help modelers test the many ways in which different components of the Earth system interact with one another.