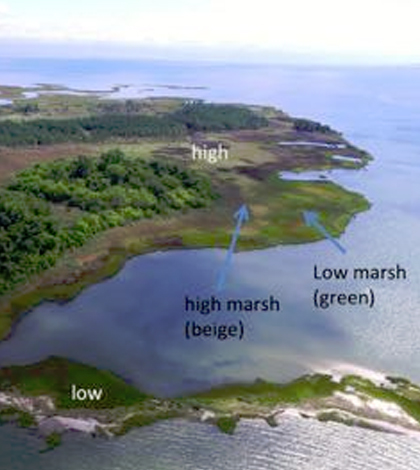 Salt marshes aren’t as vulnerable to sea level rise as has been previously thought, according to researchers at William & Mary’s Virginia Institute of Marine Science (VIMS). The claims that salt marshes are so vulnerable, scientists argue, are mostly based on simplistic models that don’t account for marshes’ ability to shift as conditions change.

Salt marshes can grow vertically as well as move inland thanks to rising seas, VIMS researchers say. With more and more flooding, extra mud gets carried in, actually building the areas out much faster than with normal flooding.

The VIMS effort was based on 179 previously published records of change in marsh elevation from sites throughout North America and Europe. Through the analysis, researchers found that soil accretion rates more than double as marshes become flooded.

By not accounting for those feedbacks, VIMS scientists say that other assessments have greatly underestimated the extent of salt marsh resilience.