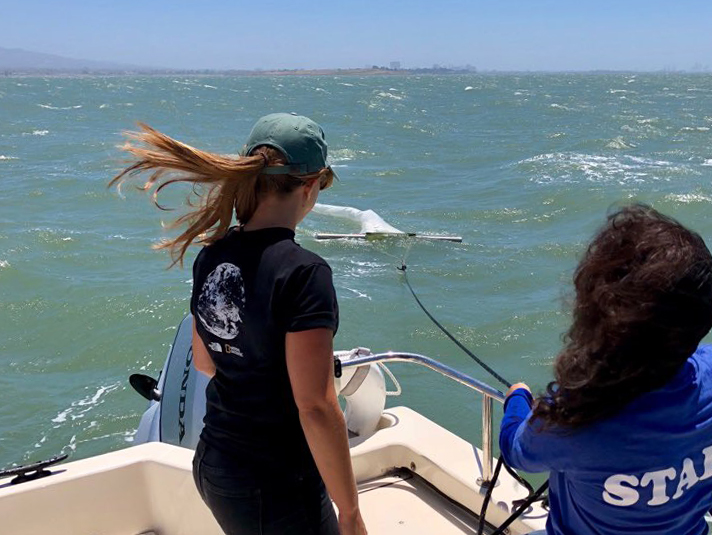 It’s been a battle, but water quality in San Francisco Bay is finally showing improvement thanks to years of aggressive environmental interventions. One of the groups noticing the difference—and making it happen—is the San Francisco Baykeeper (Baykeeper). Ian Wren, the Staff Scientist from the Baykeeper, spoke to EM about some of the challenges the Bay faces, and what’s being done to improve its water quality.

Challenges for the San Francisco Bay

The San Francisco Bay Delta Watershed is the focal point for a series of major environmental challenges, related to a growing population and the increased demand for water, habitat loss, and water pollution that tend to come with more people. Among the world’s largest systems for water supply, the SF Bay watershed includes both the California State Water Project and the federal Central Valley Project—with a combined water storage capacity of almost 17 million acre-feet of water.

The people using the region’s water include agricultural producers, industrial concerns, and of course everyday users piping it into their homes. But competing priorities, a limited supply to start with, and years of serious drought have made existing problems worse while highlighting pollution issues.

Water quality standards set forth by the Environmental Protection Agency (EPA) for invasive species, heavy metals like mercury, and pesticides are all regularly exceeded in the watershed. Bacteria contamination impairs miles of bay shoreline due to sewage spills, insufficient stormwater treatments, and crumbling sewage infrastructure.

However, aggressive action and pursuit of polluters has yielded positive results.

“We are now seeing an increased presence of marine mammals that were not here in the 1970s or even the 1990s; that’s down to improvements in stormwater quality and a reduction in the number of sewage spills throughout the region,” explains staff scientist Ian Wren. “These are all improvements that we’re able to quantify with water quality testing. We’re seeing lower levels of heavy metals in the water. We haven’t really seen improvements in terms of sediment quality; the SF Bay has a legacy of harmful contamination, this issue is with PCBs and mercury, like a lot of other legacy pollutants around the country, and that’s not really getting much better, but in terms of the actual water quality, we are seeing big improvements.”

Keeping an eye on the Bay

SF Baykeeper does not conduct its own monitoring, for several reasons.

“Dischargers into SF Bay have to pay for a centralized, regional monitoring program conducted by the San Francisco Estuary Institute (SFEI),” details Wren. “They do a lot of the main monitoring that the region relies on to infer both improvement and worsening conditions.” 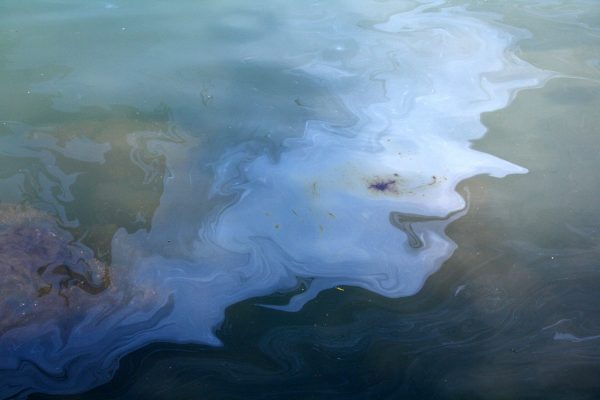 About 58,000 gallons of oil spilled from a South Korea-bound container ship when it struck a tower supporting the San Francisco-Oakland Bay Bridge in dense fog on 11/07/07. (Credit: By Brocken Inaglory [GFDL (http://www.gnu.org/copyleft/fdl.html) or CC BY-SA 4.0 (https://creativecommons.org/licenses/by-sa/4.0)], from Wikimedia Commons)

The SFEI team monitors for a range of heavy metals, including mercury, aluminum, iron, cadmium, as well as other standard water quality parameters such as PCBs. Recently, they’ve been focusing more on contaminants of emerging concern such as pharmaceuticals.

“The bay is actually turning out to be quite a hotspot for these exotic chemicals that were previously never really monitored for, things like flame retardant and certain classes of pharmaceutical products,” Wren describes. “This is an area that is concerning because these are probably coming from our wastewater treatment plants which are not designed to remove pharmaceuticals or other non-standard contaminants associated with sewage.”

Although it might seem shocking that pharmaceuticals pass untouched through treatment plants, it’s no surprise in context.

“Most American wastewater treatment systems around the country were modernized after passage of the Clean Water Act (CWA) in the 1970s, and they pretty much look the same today as they did then,” remarks Wren. “A lot of them are nearing the end of their useful lives, and there’s going to be a lot of money spent around the country and how we design these systems will determine whether those more exotic contaminants are actually removed in the future.”

Thus far, agencies such as the EPA have simply been adding pollutants and compounds to lists and changing rules for what we test and treat for in water. However, there may be a better way on the horizon.

“All is bleak in the environmental regulatory world at the moment, so whether we can press for improved regulation of particular contaminants is probably not very likely,” states Wren. “However, there is a trend toward a one water principle: that we should be using water as if it is a greater resource, and treating wastewater and drinking water—all water—to actual drinking water standards, or finding other ways to use it so that we can minimize discharges into aquatic receiving environments and meet the water resource needs of the future.”

One water, many regulations

Throughout the American West, incentives to reuse wastewater—beyond the obvious need—are lacking. Many cities and states recognize very strong water rights springing from rivers, rights that originated when settlers were being encouraged to “head West,” without worrying about access to water. These strong water rights mean that it just doesn’t make economic sense to build extensive water recycling facilities.

“I hope that changes,” adds Wren, “because that’s one way that we’re going to improve water quality, by requiring treatment of all water to a very high standard and removing contaminants while also reducing stress on our aquatic habitats. When you’re managing a habitat for a particular species, for instance, you might be sacrificing one habitat for another. If you’re treating water for classic contaminants than you’re probably not looking at another one that is equally or more harmful.” 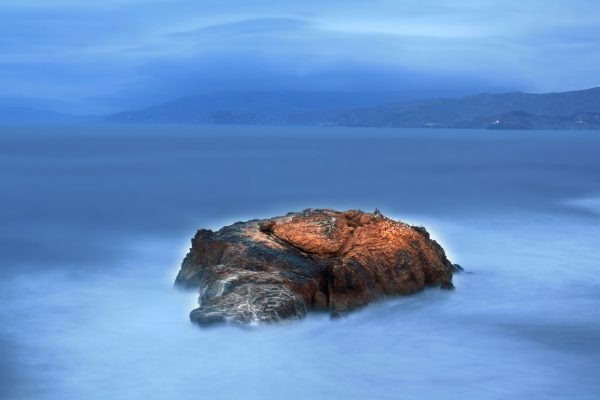 For now, though, the many different regulations stemming from the CWA are what has made the difference in the SF Bay, and elsewhere.

“I think it is regulatory action that has made the difference,” comments Wren. Groups like Baykeeper use the power of the Clean Water Act to compel wastewater agencies to meet federal standards for clean water, and to make sure that industry and municipalities adopt green infrastructure to improve stormwater quality.”

Although many of these green solutions take time to reveal their efficacy, in this watershed, enough time has passed to see that they’re effective—and none of the monitoring efforts are going anywhere.

“As people are dumping stuff into the bay they’re going to have to monitor the quality, and we’re lucky to live in an area that is affluent enough to afford protection and has a fairly high degree of environmental caution and stewardship,” remarks Wren. “Not many groups are actually scouring the data; I think we’re lucky enough to be able to readily translate the data that is paid for by the public to try to communicate with them. We use that information, either to inform advocacy efforts or to shed light on good things that are already happening.”

That may be a key factor in what’s working for the SF Bay: local people can see the benefits of monitoring water quality and protecting it.

“The water industry, I think, could do a better job of communicating the benefits they’re seeing,” states Wren. “We spend a lot of money to support clean water initiatives, but our public agencies aren’t always that great at telling people what they’re getting for their taxes.”