Science in the Sub-Arctic: the Tundra Ecosystem Research Station 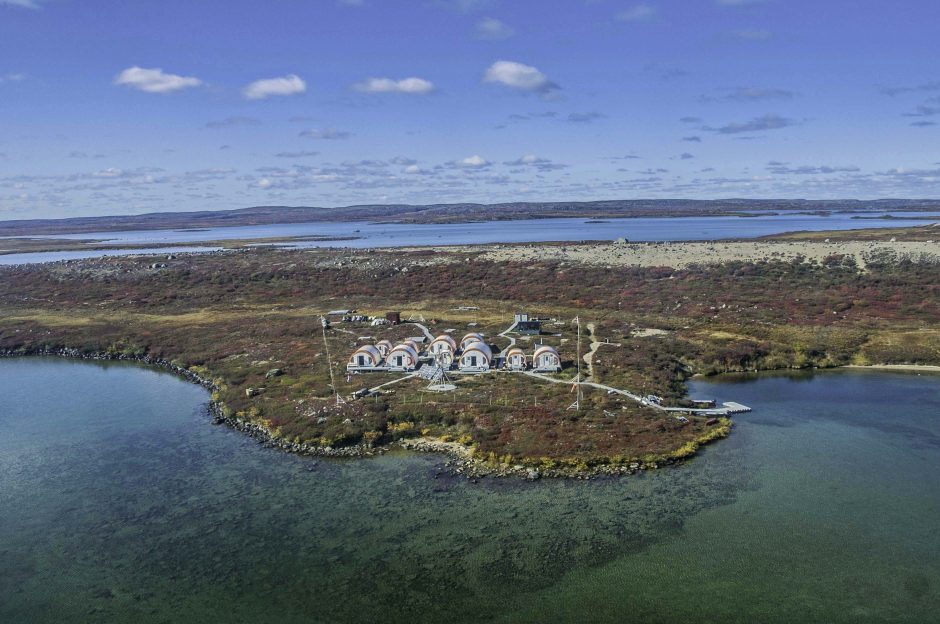 As scientists from around the world work to advance global understanding of polar ecosystems, biological field stations in arctic and sub-arctic regions offer a unique opportunity for investigators. The Tundra Ecosystem Research Station (TERS), a multi-purpose biological field station established in 1994, plays a key role in long-term monitoring of and research into the tundra ecosystem.

Robin Staples is the TERS contact on behalf of the Government of the Northwest Territories (GNWT) for water quality monitoring that takes place in the Coppermine and Lockhart Basins, river watersheds which are among the Canadian Central Arctic region’s most important river systems. Staples corresponded with EM about TERS and the monitoring work on Daring Lake, one of the 10 sites where GNWT takes water chemistry samples.

“The Coppermine and Lockhart river watersheds have been used for thousands of years as traditional hunting, trapping, and fishing grounds by Inuit, Dene, and Metis peoples,” explains Staples. “The Coppermine River is also the drinking water source for the community of Kugluktuk. Recent discoveries of a variety of mineral deposits have substantially increased interest in both basins. Wilderness-based tourism and recreational activities related to camping, canoeing, hunting and fishing are also common in this area.”

Although the Coppermine and Lockhart Rivers and their tributaries are relatively pristine, at times, concerns have been raised about the cumulative effects of upstream activities in these basins, including mining.

“Mine development is assessed and permitted through a robust regulatory system,” details Staples. “Individual projects receive approval with specific water quantity and quality conditions and criteria for use and discharge. Localized monitoring is required and aquatic effects monitoring programs and reports for these developments are available on the public registry of the Mackenzie Valley Land and Water Board (MVLWB) and reviewed annually by northern regulators and the public.”

As part of this process, regional hydrology and water quality monitoring has been carried out for many years by both Environment Canada and the Department of Environment and Natural Resources (ENR) of the GNWT. This is where Staples comes in. 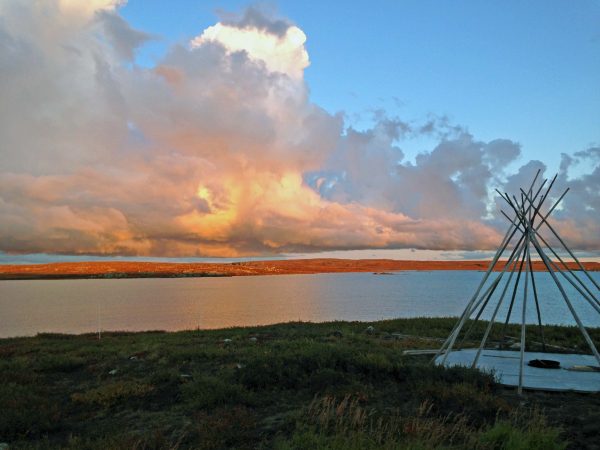 Looking out on the water from the field station. (Credit: Government of the Northwest Territories, via source)

“Recent status and trend reporting from regional and local monitoring programs has shown that mining and exploration has influenced water quality in these basins,” states Staples. “Observed changes are currently limited to local water bodies near the various developments. The overall hydrology and water chemistry of the basins has not been altered in a significant way.”

Government and industrial aquatic monitoring programs will remain in place to monitor changes throughout the lifespan of these developments, including remediation.

Regulators first noticed differences in water chemistry in the watershed at the local scale, as part of annual regulatory reviews. They were tasked with assessing the aquatic effects of various programs, including surveillance network programs, and various industrial and remediation programs.

“Through review of these programs and meetings with stakeholders, both site-specific and regional monitoring programs have been re-designed over time to ensure we are able to detect temporal and spatial changes,” adds Staples.

Eventually, authorities and researchers teamed up to monitor the water quality in the watershed from the biological field station.

“The Tundra Ecosystem Research Station (TERS) at Daring Lake was established in 1994 through a partnership of both territorial and federal levels of government in addition to numerous universities,” details Staples. “Its location was chosen for a number of reasons, including its proximity to the advanced diamond exploration taking place at the time in the vicinity of Lac de Gras. Both hydrology and water quality have been monitored in the area of Daring Lake for regional baseline data and as a reference site to this development.”

Staples and the team are seeing mostly subtle changes in the watershed as they monitor, including a few spatial and temporal trends they have identified, as they reported in the 2015 Status and Trends report for water chemistry and flow in the Coppermine and Lockhart basins.

“There were very few detected changes in flow in either basin,” comments Staples. “The frequency and occurrence of extreme events (high or low flow) have not changed, and overall flow volumes appear stable. In the Coppermine basin, some seasonal changes in flow were observed at some monitoring stations.”

The team did find some changes in water chemistry.

“Water chemistry changes were detected temporally and spatially in both basins, but were for the most part localized and limited to major ions such as calcium, sulphate, magnesium, and chloride, or measurements that are influenced by these parameters such as hardness, alkalinity, pH, conductivity, and total dissolved solids,” states Staples.

Panoramic view near field station, with camp toward right side. (Credit: Government of the Northwest Territories, via source)

There are multiple factors for changing water quality conditions and some change from region to region.

“Some of the temporal changes may be related to climate change, such as seasonal changes in water flow, temperature, changing vegetation cover, permafrost degradation, and groundwater inputs,” remarks Staples. “Some are related to anthropogenic influences upstream in Lac de Gras (Coppermine) or Snap Lake (Lockhart). Spatially, these same industrial developments are influencing conditions at a local scale, but differences in geology and vegetation conditions play the most significant role on a regional scale.”

In terms of what’s next for the field station’s monitoring efforts, there will be a lot of the same work to come—and lots of new work, too, depending on who brings their research to TERS.

“From a government water monitoring perspective, no changes are anticipated in the near future related to Daring Lake or the work being carried out in the Coppermine basin,” explains Staples. “Other research and monitoring initiatives at the TERS field station vary from year to year depending on the research priorities of its partners and funding at the university level.”

There are plenty of challenges facing researchers interested in the sub-Arctic, and TERS is a unique source of expertise and infrastructure for them.

“As one of the only field research stations across the sub-Arctic, TERS is a critical piece in the system for monitoring environmental change across the North,” remarks Staples. “TERS has supported a broad range of research topics since its establishment in 1994, both through collaborations with university researchers and through its own long-term research program, including topics related to wildlife, soil and plant ecology, vegetation change, water quality, snowpack and carbon exchange.”

“Half of these institutions send Masters and PhD students to TERS each year to work on long-term projects spanning 15 years or more,” states Staples. “TERS also hosts the annual Tundra Science and Culture Camp that provides an opportunity for northern youth to learn about a wide range of topics from scientists, elders and educators.”