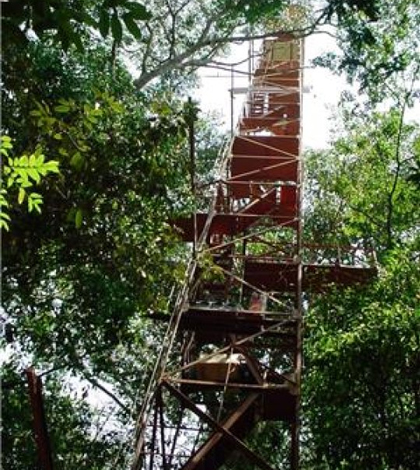 As explained in a release from the American Institute of Physics, it is now possible to mathematically model the unique micrometeorology of Brazilian transitional forest using data from a tower outfitted with specialized equipment. The 42-meter-high tower used in the study was equipped with instruments to measure air temperature, solar radiation, carbon dioxide, water vapor and other types of parameters.

Although a great deal of information was collected, scientists determined air temperature had the best correlation to micrometeorological variability. After making that determination, researchers performed nonlinear time-series analyses on the temperature data to see how the dynamic behaved with respect to other system dynamics, and to determine how many variables needed to be included in their mathematical model of transitional forest micrometeorology.

Analyses revealed that the transitional forest underwent robust, regular oscillations which could be captured with only three variables.