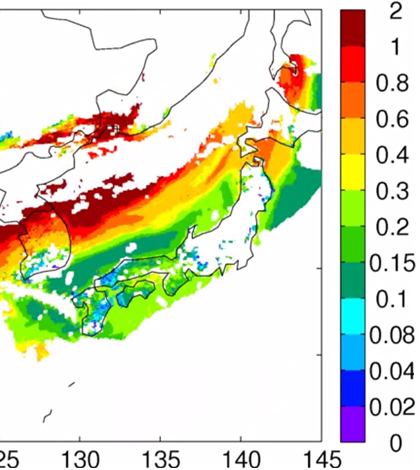 Scientists at the University of Iowa are hopeful that future satellites will improve air quality forecasting, according to a release from the school. Several satellites planned for launch in the next few years will have such capabilities, they say.

Space agencies in North America, Europe and East Asia plan to launch new satellites in the near future with technology that can monitor pollutants found in Earth’s atmosphere. The Iowa scientists will take advantage of the new sensors by combining their data with those that are collected by low Earth-orbiting satellites already in place.

Scientists have already proved the utility of the new satellites by running simulations to see how much more accurate data collection on air pollutants can become after new orbiters are in the sky. Those models showed that the new satellites will improve understanding of aerosol loads and surface concentrations, among other things.

“This study shows that these new data streams have the potential to really improve our prediction skill, but more work is needed to improve the modeling and retrievals in order to be better prepared to utilize the data that will come from the new geo-stationary satellites as they come online,” said Gregory Carmichael, professor of chemical and biochemical engineering at the university, in a statement.