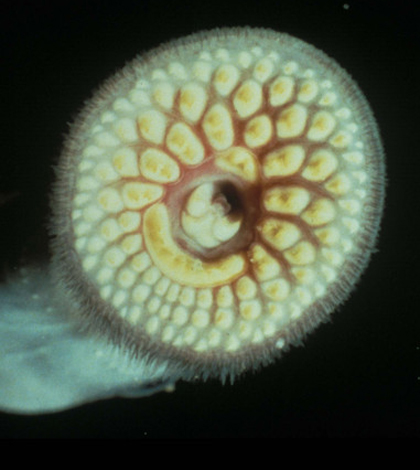 Sonar-based cameras sit at the mouths of two Great Lakes rivers, tracking fish movement as part of an effort to eradicate a parasitic invasive species, according to the Presque Isle County Advance.

Scientists at the Hammond Bay Biological Station, in cooperation with the U.S. Fish and Wildlife Services, installed sonar imaging systems at the mouths of the Ocqueoc and Cheboygan rivers to keep an eye on fish movements.

They hope to get a leg up on the invasive sea lamprey so they can better track and remove them from the Great Lakes.

The sea lamprey has been a problem in the Great Lakes. It feeds off the blood and bodily fluids of other fish and can eventually kill their host.

The scientists will also inform environmental agencies of movements of other fish through the rivers, which could be a boon to fisherman in the area.