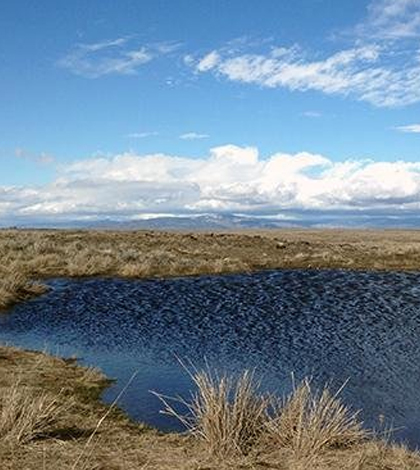 While they may sometimes appear to be stagnant pools of water, wetlands actually change so much seasonally that they can be difficult to monitor. However, in a release, University of Washington scientists reveal a new solution for tracking wetlands: a computer algorithm “trained” with high-resolution satellite images.

The computer algorithm can identify wetlands even during dry spells when they seem to disappear completely. The technique is expected to be especially valuable for tracking wetlands affected not only by seasonal variations but also in the future when they could be altered by climate change.

Researchers used open-access satellite images from Landsat, a joint satellite effort of NASA and the U.S. Geological Survey, to develop a working wetland dynamics computer algorithm. The satellite images were taken of Washington’s Douglas County every 16 days from 1984 to 2011.

Because the features of each wetland reflect and absorb light differently, the result is a light pattern unique to each wetland, which the computer was trained to recognize. The unique signatures make it possible for wetlands to be monitored under all conditions.