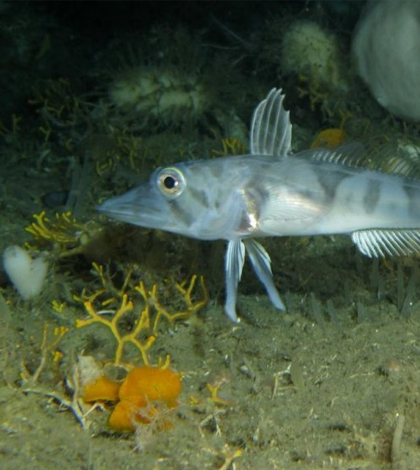 An icefish swims over bryozoans on the Weddell Seabed. (Credit: Thomas Lundalv)

Although melting sea ice has been viewed as one of the unfortunate outcomes of global warming, it has had one benefit: Due to the melting ice, more creatures on the seafloor have been growing, ultimately acting as a carbon sink.

According to a release from Cell Press, Antarctic sea ice melt has encouraged the proliferation of Antarctic bryozoans, doubling their previous number and allowing them to hold on to more carbon — tons of it — in their tiny bodies.