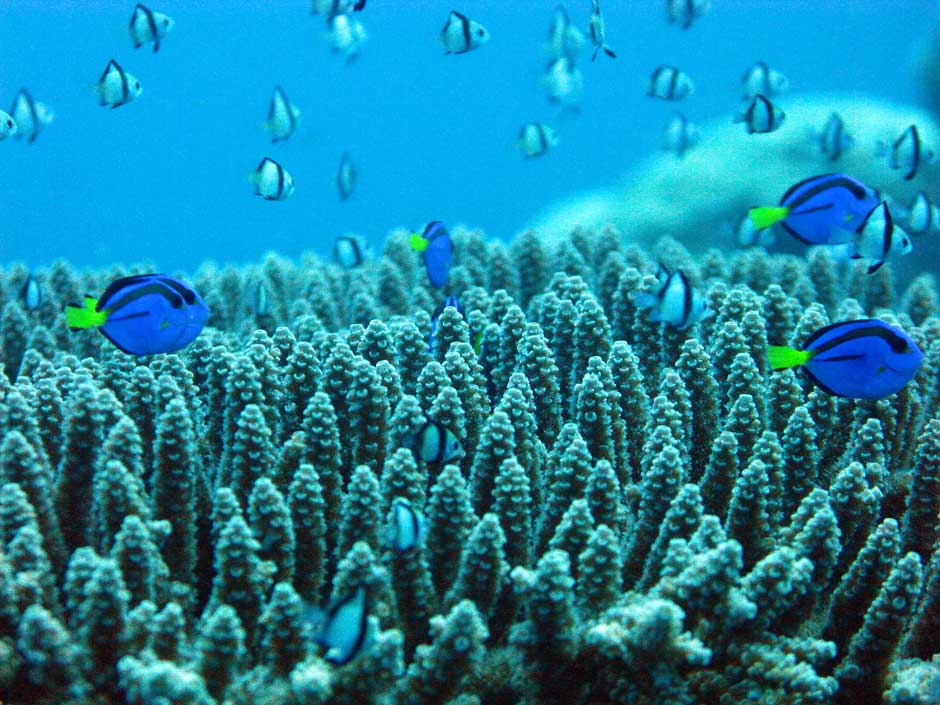 It’s an open, dirty secret that the ocean is used as the ultimate sewage solution.

Each year trillions of gallons of untreated waste are sent to the ocean due to a widespread lack of sanitation technology or infrastructure that needs updating as cities and populations grow. As the impact of untreated sewage on the ocean becomes clearer, attention to the problem and strategies for dealing with it have not kept up.

“This is a massive problem and it’s been largely ignored,” said Stephanie Wear, senior scientist and strategy advisor for The Nature Conservancy. Wear has turned her attention to raising the alarm about the effects of sewage on coral reefs, which often loses airtime to other pressing issues like climate change and overfishing.

The impact of sewage on coral reefs is widespread and will require some major infrastructure projects, new technologies and broad changes in how we approach sanitation issues. But it is also a solvable problem, Wear said. Some first steps are raising awareness, increasing monitoring and, in some cases, applying simple infrastructure fixes. Cleaning up the sewage seeping or running into coastal waters will benefit not just reefs, but also the people who are too often made sick by the water they rely on for food and livelihood.

Wear has had firsthand experience with the problem she’s now tackling. Years ago, while conducting coral reef conservation on St. Croix in the Caribbean Sea, her drive to work took her across a small, foul-smelling rivulet that crossed a street.

The stream was raw sewage, escaping from a pipe somewhere uphill and crossing the street on its way to the ocean. It was a small—just enough to hear as you drove over it—picture of the problem facing coastal waters and coral reefs around the world.

“Sewage pollution is extraordinarily prevalent,” Wear said. “That isn’t fully appreciated because it is an invisible problem for the most part.”

Sewage enters oceans in all sorts of ways. In the United States, it’s often due to combined sewer overflows. In many cities around the country, sewage and stormwater run in the same pipes to the same wastewater treatment facility. During rains, sometimes even light ones, the increase in stormwater can overwhelm the system. One common solution is to allow the excess sewage, stormwater and other wastewater to flow directly into a body of water.

In large cities, that can add up to a lot of untreated sewage in nearby waterways.

Each year New York City releases 27 billion gallons of untreated sewage and stormwater into the environment. Nationwide that number is 1.2 trillion gallons, Wear said. Combined sewer overflows around the country lead to beach closures and the contamination of shellfish beds. Many cities are working to separate sewage and stormwater lines, eliminating combined sewer overflows.

Sewage can also seep into coastal waters through the groundwater. A recent Supreme Court case dealt with such an issue in Hawaii, where the Maui County wastewater treatment facility was the source of wastewater that was reaching the ocean and sickening a reef.

The state of Hawaii has 88,000 cesspools, underground sewage storage pits that can leach waste into groundwater. Hawaii set a 2050 deadline to replace every cesspool.

In certain places in the developing world, the problem of sewage in the oceans is more visible.

“There are a lot of places where the ocean is the toilet,” Wear said.

Instead of places of leisure and relaxation, certain beaches are places of business—well, doing one’s business—and the outgoing tide acts as a beach-wide toilet flush.

Regardless of how direct or obvious its source, sewage is making its way to coastal waters. There, it does damage to coral reefs, jeopardizing human and ecosystem health.

The problem of sewage and coral reefs

Sewage is a harmful cocktail of nutrients and chemicals, many of which are known to harm humans and corals.

“Public health is the number one thing,” Wear said. But as a coral conservationist, it’s clear to her that sewage is bad news for corals as well.

It is difficult to prove that specific sewage releases have harmful effects on coral. There are too many variables out in the ocean to definitively prove that a specific event is connected to a specific harm. 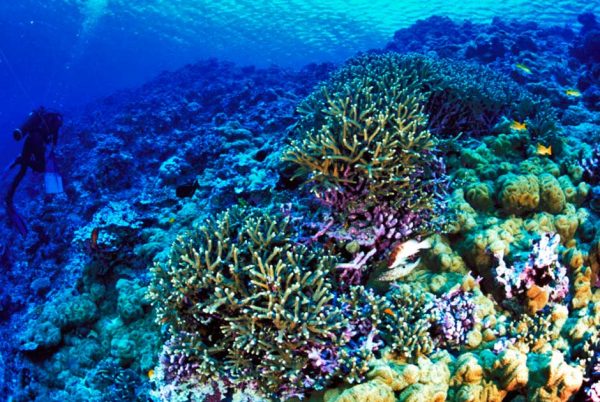 But many of the components of sewage have been shown to be harmful to coral in laboratory experiments. By breaking sewage into its individual parts, it’s possible to sketch out the effects of sewage on coral in the ocean.

That’s what Wear did in a 2015 article, which reviewed research into sewage’s component parts and showed that it can have broad, deleterious effects on coral.

Components that harm corals range from freshwater to pathogens to heavy metals.

Lower salinity over a period of 24 hours is tied to increased coral mortality. Pathogens that cause white pox disease in corals come from sewage. Heavy metals are tied to coral bleaching and coral mortality.

Sewage is also full of nutrients, like phosphorus and nitrogen that give coral competitors an unfair advantage.

“In coral reefs, nutrient poor water is a good thing,” Wear said. With a flood of nutrients like nitrogen and phosphorus, algae and seaweed growth can choke out corals, cutting them off from the sun and killing them.

An algal reef doesn’t harbor the diversity of life that a coral reef does or as effectively buffer coastal communities from storms, Wear said.

Sewage and wastewater also include sources of endocrine disruptors, like pharmaceuticals and plastics, which can slow growth and reproduction rates in corals.

Antibiotics show up in sewage and have the potential to disrupt a coral’s microbiome. A coral’s microbiome exists as a film of microbial life that acts as a protective barrier on coral tissue, Wear said. If the composition of microbes is disrupted the coral colony can be more susceptible to disease and bleaching.

So while a body of research linking sewage to deteriorating coral health is lacking, it’s clear the stuff in sewage can cause some damage.

The harm sewage can do to corals means researchers and conservationists ought to dedicate resources to addressing it and other onshore sources of pollution and not be overly focused on ocean-only issues, Wear said.

“We are spending all this time on restoring habitat, on fisheries conservation and fisheries regulation and marine protected areas in water that is of poor quality. We’re not addressing the water quality issue,” Wear said. Click To Tweet

In some places, the first step in that direction is gathering information that hasn’t been gathered before.

As one example, Wear suggests deploying nitrogen sensors that can identify the source of excess nitrogen. It is possible to determine if the nitrogen is coming from human sewage or an agricultural source. Such sensors could both confirm excess nitrogen that could lead to rampant, harmful algal growth and point to an onshore solution.

Other onshore interventions could include nitrogen capture at septic tanks or wastewater recycling, where it’s cleaned and used to supplement a city’s water supply.

“This is something you can actually do,” Wear said. Projects like these are in progress.

Corals’ most famous and possibly greatest threat doesn’t originate in the ocean either. Climate change from burning fossil fuels is raising temperatures and stressing corals around the world.

Coral reefs were on the decline before climate change, Wear said.

Now, it’s exacerbating problems caused by sewage and other stressors like overfishing. Warmer water makes pathogens more harmful, increasing the likelihood of disease. Warm water also releases heavy metals from sediments, which together with the heavy metals from sewage pollution, increases the pathogenicity of microbes.

If coral reefs are in a boxing match, changing ocean chemistry and warmer water could be a knockout blow, Wear said.

But, gathering data and using it to deploy conservation strategies—many on land—could provide relief when coral reefs need it most.