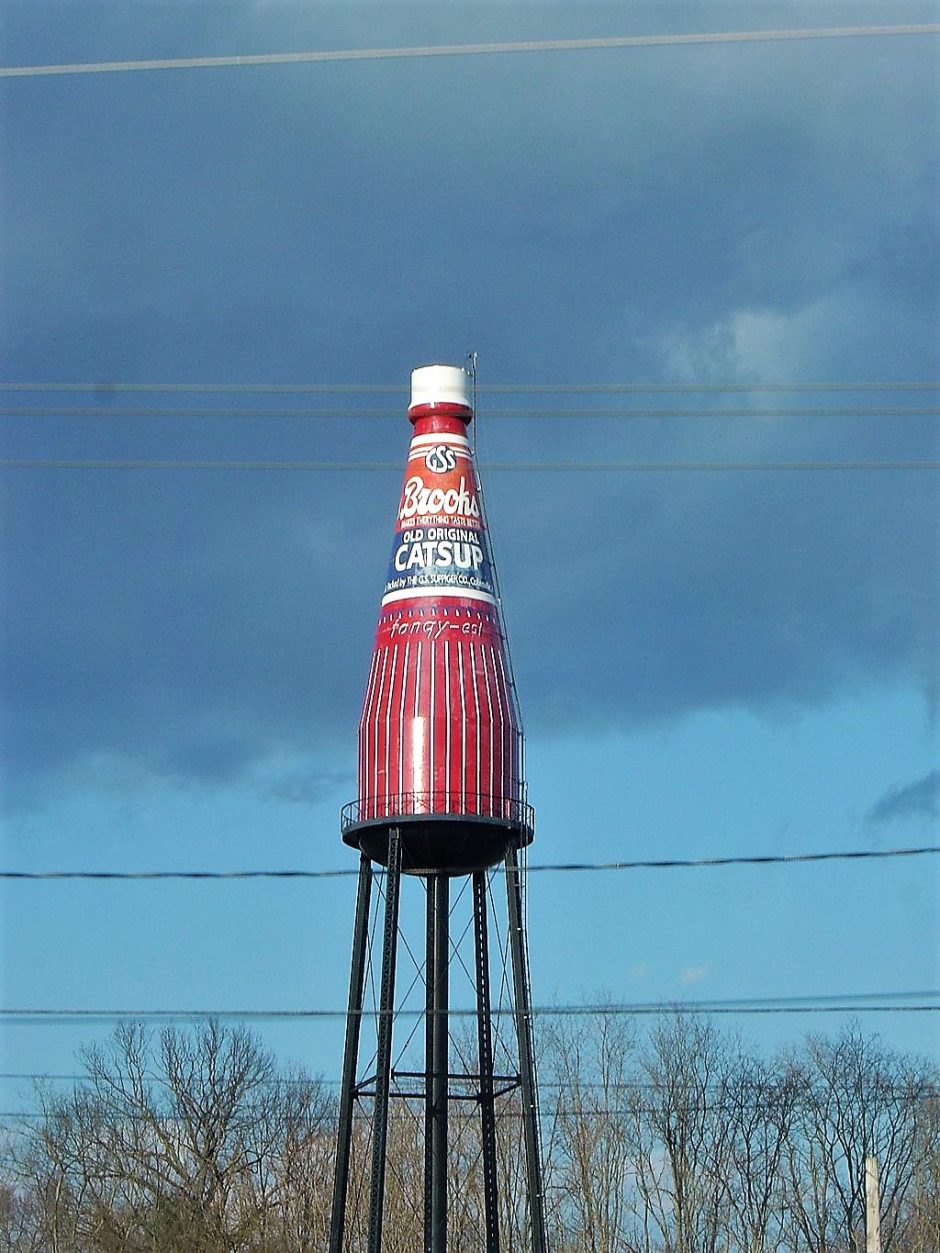 If you’re from a small town in the US, or even if you’ve ever taken a drive through rural America, you’ve almost certainly seen large water storage tanks gracing the skyline. Some have even become landmarks in their own right, with clever decorations that say something about the communities they stand in. In fact, even the largest city in the U.S., New York City, is full of 12,000 to 17,000 municipal water tanks on stilted legs, dotting the city’s otherwise modern-looking profile.

These water tanks are used by communities around the country, and they store up enough water for municipal drinking use, plus emergencies. Most tanks are very simply designed, and few are new; there is a line that brings water into the tank, and one that drains it—both usually at the bottom. And while there is constant influx and efflux of water changing the composition of the water in these tanks every day, that doesn’t mean that water safety and quality isn’t an issue.

In fact, the simplicity of the water storage tank design is itself a problem. The top layer of the water in the tank rarely gets used; the tanks are designed to hold more than is usually needed so that there is always enough water for normal daily use, along with any emergencies that might pop up. This means that the top layer, which is almost never drawn downward in the tank, stagnates.

The top of the tank also frequently warms, taking on most of the sun’s warmth, especially in the summer. As the stagnant water sits and warms, it becomes the ideal spot for algae, bacteria, and protozoa to breed and thrive. Thus, despite the presence of chlorine in many municipal tanks, potentially dangerous invaders such as E. coli bacteria and Giardia find a home toward the top of the tank.

Of course those aren’t the only problems threatening the water in these tanks. Potentially carcinogenic substances and other unwelcome substances, from pharmaceutical compounds to hormones, are also floating around in our drinking water supply. This is principally because most existing wastewater treatment facilities lack the capability to treat for them, and because there is no regulatory standard mandating their removal. A key part of the team’s research has been starting by assessing real problems that are happening in communities, such as stagnating water in tanks, or the current lack of treatment for micropollutants, and taking on each challenge individually to find workable solutions. Their refusal to take a one-size-fits-all approach appears to be a critical component of their success.

“Yes, we started with real problems that need to be solved,” agrees Barkdoll. “We feel that makes for more useful research. We tried to make the research general enough so that it could be used in many situations. We tackled two problems here, one with treating micropollutants and the other of improving water quality in tanks by eliminating stagnation.”

“The water stagnation problem is an old issue that has been studied since the 1920s, but the existence of micropollutants in water is relatively new,” remarks Alizadeh Fard. “We had two different approaches to address these issues.”

Water that doesn’t move in a closed space is going to grow something. The algae, bacteria, or other pathogen that eventually grows may not have originated in the water, but in the end, the warm, still water is where it will settle. The community may well not be aware of the contaminant until the water is drawn low during a fire or other emergency; that’s when the contaminant will make users sick.

Keeping things moving, especially in warmer climates, is, therefore, part of the solution. The team created a PVC-pipe sprinkler that gets mounted toward the top of the tank, where stagnation is typically a problem. The system also uses a reverse sprinkler at the bottom of the tank, which helps the overall motion of the system and injects new water into it. It is a relatively cheap and simple fix to implement. The sprinklers are made of low cost plastic pipes. (Credit: Screenshot from video, Michigan Technical University)

“Our idea is that pipes would have to be installed to form the sprinkler and bottom drainage sprinkler,” explains Barkdoll. “The pipes could be PVC with some holes drilled into them. PVC pipe is inexpensive, and the labor could be done by a local plumber.”

Alizadeh Fard comments, “The system also needs to have a riser stainless steel pipe in which water can be transferred between the two PVC sprinkler systems.”

Although this is a refreshingly simple solution for a serious problem, the research was certainly painstakingly thorough, belying the idea that the process of developing the sprinkler system was itself a “quick fix.”

Barkdoll explains that the team investigated the new internal piping system by conducting experiments on seven types of inlet and outlet configurations. They took electrical conductivity (EC) and acoustic Doppler velocimeter (ADV) measurements and used stagnation metrics, such as water particle velocity and direction and the time for water mixing, for each configuration. They also evaluated short-circuiting conditions in storage tanks, and experimented with different temperatures between the inflow and the tank from density-driven flows. They found that the sprinkler system eliminated most of the stagnation.

“Although we have not tested it, we think that having water sprinkle down onto the tank water surface could also reduce ice formation on the water surface,” adds Alizadeh Fard. “This can be a problem in colder climates.”

Many municipal water supplies are contaminated by micropollutants, including antifungal compounds, hormones, industrial waste, microplastics, nanoparticles, pharmaceuticals, and synthetic fibers—all of which, we all hope, are present only in very low concentrations. Nevertheless, many of these micropollutants can have carcinogenic effects on humans and aquatic creatures alike, even in minuscule amounts. Retrofitting wastewater treatment plants to cope with micropollutants is costly and difficult—which is why Barkdoll and Alizadeh Fard were interested in generating a better solution. “Currently wastewater treatment plants (WWTPs) cannot remove micropollutants,” Barkdoll explains. “They are getting into the environment and disrupting the ecosystem.”

“Most of our treatment plants are not designed to remove micropollutants from water,” confirms Alizadeh Fard. “These compounds are generally non-biodegradable or low-biodegradable, so we cannot use biological treatment methods effectively. Using adsorption methods can address the issue.”

Instead of developing technology that would mandate replacement of entire facilities, the team has found a way to augment existing techniques with adsorption materials.

“This new idea would be added to existing WWTPs so that the micropollutants can be removed,” remarks Barkdoll. “It’s not a matter of being a replacement for existing technology, it’s a matter of adding onto the existing methods.”

Adsorption happens when some type of surface attracts molecules, enticing them to cling to it. The team tested both magnetic carbon nanotubes (MCNs) and polymer-coated magnetic nanoparticles (PVP-coated NPs) to adsorb a dangerous team of micropollutants to test the potential of the nanoparticles for wastewater treatment applications. The micropollutants they targeted included Bisphenol-A, the plastic addictive more commonly called BPA; Estriol, a hormonal estrogen supplement; Ketoprofen, an anti-inflammatory medication; Metolachlor, an herbicide used to treat agricultural crops and prevent the growth of grasses; Tonalide, a synthetic musk aromachemical frequently used in detergent; and Triclosan, an anti-fungal and anti-bacterial agent once found in cleaning products and now illegal in the U.S.

“We tried to work on different micropollutants, like pharmaceuticals, herbicides, microplastics, et cetera,” Alizadeh Fard remarks. “We want to have a holistic approach—in this case, to be able to offer a solution that can solve the concern for a wide range of micropollutants.” “Adsorbents can be used as post treatments in the common WWTPs,” states Alizadeh Fard. “We can use the adsorbents just after clarifying the effluent and remove the micropollutants from the aqueous phase. Then, collect the saturated adsorbents using magnets and regenerate them to recover their adsorption capacity and reuse them.”

As the team moves forward, they will be working to scale-up their newly-developed technologies for use in water treatment plants.

“I think the next step would be to try this idea on a real-life scale,” asserts Barkdoll. “Currently it has been done on a small scale in the laboratory. Sometime there are issues when scaling things up. The nanoparticles could also be tried with varying types of wastewater and concentrations of micropollutants.”

Cost will also be a factor, and it’s always in the minds of these researchers.

“Making the nanoparticles more cost-effective is the next step, and finally evaluating their performance in a full scale treatment plant,” adds Alizadeh Fard.