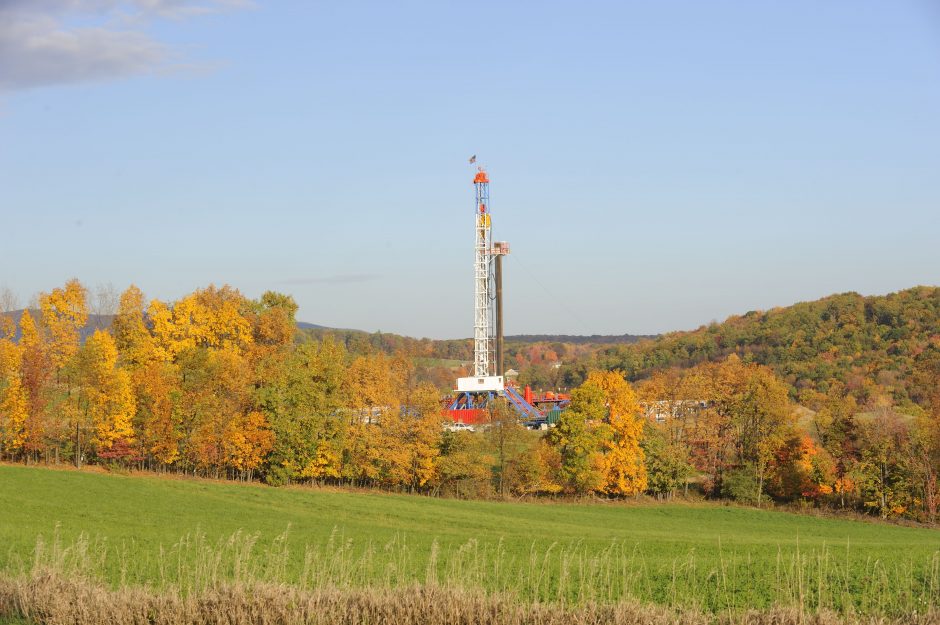 Although many in the energy industry tout hydraulic fracturing (“fracking”) as the answer to American energy needs for decades to come, the process is risky for water quality, and therefore poses a risk to the health of our lands, our aquifers, and our health. The fracking process employs a range of chemicals, many of which are mutagenic, suspected carcinogens, or otherwise toxic. For example, between 2005 and 2009, 14 energy companies in the US used more than 2,500 fracking products containing 750 different chemicals.

Unfortunately, current federal hydraulic fracturing regulations in the US pose risks to water quality and health. This is because although the Safe Drinking Water Act (SDWA) establishes a statutory framework for regulating drinking water, fracking is exempt from it. In fact, the SDWA explicitly prohibits restrictions at the state level on “any underground injection for the secondary or tertiary recovery of oil or natural gas.”

According to the Environmental Protection Agency (EPA), the SDWA is the “main federal law that ensures the quality of Americans’ drinking water.” Therefore, this exemption creates a regulatory gap with serious implications for the regulation of fracking in the US. And while the EPA must create a national standard concerning the health effects of contaminants that are “substantially likely” to occur in public water systems, this standard is vague by definition.

Defining which groundwater is protected by law

New research on this problem reveals a disturbing trend. In 17 states—all of which produce natural gas and oil—the definition of “protected groundwater” is inconsistent with the federal definition. In many cases it is less protective. This is legal because of the exemption in the SDWA, but it doesn’t bode well for our country’s water supply, which is vulnerable to contamination as a result.

The study was led by Oakland, California-based energy research institute PSE Healthy Energy. Dr. Dominic DiGiulio, a senior research scientist at PSE and a visiting scholar in Stanford University’s Department of Earth System Science, corresponded with EM about the issue. Prior to his time with PSE, Dr. DiGiulio spent 31 years with the EPA’s Office of Research and Development, specializing in part on solute transport of contaminants in groundwater; his current work focuses on the environmental, human health, and greenhouse gas emission aspects of oil and gas development.

“We have spent a considerable amount of time reviewing regulations in oil and gas producing states,” explains Dr. DiGiulio. “During these reviews, we noticed that in many instances undefined terms such as ‘freshwater’ were used to define protected groundwater. Precise definitions are needed to ensure protection of groundwater resources.” These are all established facts, so why is there an exemption at all? In part due to timing.

Another source of tension arises from the use of legal terms in the context of problems that require data-driven, scientific answers. A review of existing practices and standards in the states highlights the problem.

States such as Alabama and New Mexico offer some protection of underground sources of drinking water (USDWs), but they also say that the water must have “reasonable” potential for use, rendering any protection afforded nebulous and, ultimately, discretionary. Texas and Colorado protect USDWs based on their location relative to the oil or gas source. Counterintuitively, California makes monitoring of USDWs during fracking a requirement, but nevertheless offers a lower definition for protected groundwater than the federal government.

States such as North Dakota and Louisiana use the term “freshwater,” which, again, is difficult to define. States such as West Virginia, Montana, and Wyoming offer no protection of USDWs at all. And although five states (Utah, South Dakota, Oklahoma, Mississippi, and Kansas) seem to follow the federal USDWs criteria, formations that contain USDWs are still happening there.

While the federal standards for protection of USDW and fracking are stricter, it’s not clear whether they are sufficiently protective.

“Advancements in membrane technology such as reverse osmosis have significantly reduced the energy and cost to desalinate water,” details Dr. DiGiulio. “In coastal states such as California, desalination of seawater having a total dissolved solids (TDS) concentration of 35,000 mg/L is occurring. Given declining freshwater resources, it would appear likely that water containing TDS levels in excess of 10,000 mg/L will be utilized. As such, in my opinion, it would be prudent to protect groundwater with TDS concentrations in excess of 10,000 mg/l.”

The Bureau of Land Management (BLM) had a provision in place that allowed Tribes to protect groundwater with levels of total dissolved solids in excess of 10,000 mg/L, but that rule was rescinded by the Trump Administration in 2017. However, as the need to find more sources of drinking water grows alongside the development of desalination treatments, a better definition of “brackish” and “fresh” water are sorely needed.

The oil and gas industry itself developed a non-binding set of best practices for USDW protection, yet the researchers found that they are not consistently followed in all circumstances by all companies. The hydraulic fracturing (fracking) water cycle includes withdrawing water, adding chemicals, injecting fracking fluids through a well to a rock formation, and pumping wastewater to the surface for disposal or reuse. (Credit: US Environmental Protection Agency)

Meanwhile, the use of terms like “reasonable,” which are always difficult under the law, become impossible to work with in situations like this where the area of law is not very well-developed and the criteria available have to do more with measurable data.

“Subjective, ill-defined terms like ‘reasonable’ do not guarantee protection of groundwater,” asserts Dr. DiGiulio. “Definitions of protected groundwater must be clear, precise, and enforceable.”

Recommendations for the future

This research has identified a connection between the need to access a clean water supply in every state and the application of consistent, clear, and scientific criteria to drinking water regulations. According to these findings, a single standard for protecting USDWs defined by the federal government is critical to protecting the public health. Near the top of the list is a more realistic definition of brackish water and salinity levels based on modern treatment abilities and a conservative protection standard.

“There is a finite volume of freshwater to draw upon in various geographic areas across the county,” Dr. DiGiulio clarifies. “In arid regions of the country, available precipitation—precipitation minus evapotranspiration—is declining as a result of increased temperatures and prolonged droughts, both due to climate change. Brackish groundwater resources are already being used to supplement freshwater resources. Extraction of brackish groundwater resources will only increase with time. We need to protect these resources for the well-being of citizens in this country and continued economic prosperity.”

There are additional research questions that remain, and the PSE research team hopes to answer some of them.