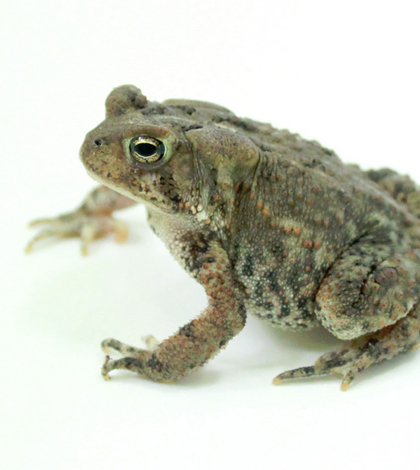 For 20 years, the Michigan Department of Natural Resources has relied on citizen scientists to conduct a survey of frogs and toads, judging the state’s populations against a global decline in amphibious species. This year, the DNR is calling upon citizen scientists yet again — this time to conduct the Herp Atlas Project, the first statewide inventory of Michigan’s reptiles and amphibians.

“The Herp Atlas was actually started in 2004,” Sargent wrote in an email. “We’ve been collecting observations so that we can monitor the herp populations in the state.”

When the Atlas Project began, most of those observations came from research projects or well-studied areas. Now the Michigan DNR is inviting anyone with an interest in reptiles and amphibians — known collectively as herpetofauna — to submit observations. Today, nature lovers need not send in a paper data card to share their findings; the Michigan Herp Atlas website and mobile apps make it easier than ever to record sightings and keep an eye on observations submitted from around the state. The spotted salamander is just one of many amphibians native to Michigan. (Credit: Brian Gratwicke/CC BY 2.0)

Reports from underrepresented areas are of particular importance to the DNR, which is especially hoping to learn more about “Fowler’s toads, mink frogs, [and] any species listed as endangered, threatened or of special concern,” Sargent wrote.

Unlike the Frog and Toad Survey, which sends participants along pre-planned routes to take stock of its eponymous species, the Atlas allows observations to be submitted from anywhere in the state in the form of a photo, audio recording or body part (although the DNR notes that no animals should killed for the sake of the project). Most of these observations will be verified by an expert, Sargent said. She noted that data from the annual Frog and Toad Survey is also added to the Herp Atlas each year.

While citizen scientists are free to file reptile and amphibian sightings all year, this year the DNR is focusing efforts on its first Herpathon.

“The Herpathon is a deliberate effort to collect data for the Atlas and to educate people about herps,” Sargent wrote.

Anyone with a penchant for citizen science can volunteer to attend the Herpathon on Saturday, May 16 by signing up at the Ottawa County Parks website.