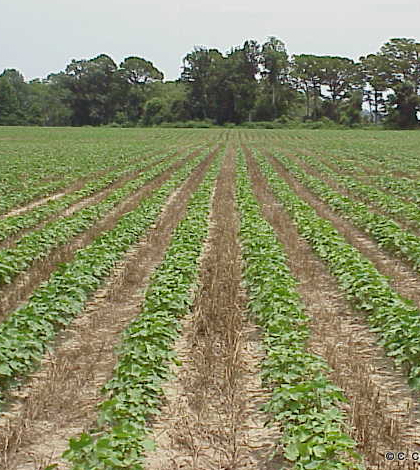 Agriculture can be finicky business, as farmers make many choices about fertilization, placement and tilling well before planting any seeds, in hopes of maximizing crop yield while also preserving soil quality for long-term success. A new five-year study, the results of which are published in Agronomy Journal, shows that strip-till farming, an approach relying on minimum tillage, produces better soil quality and more plant biomass than in untilled fields.

“We measured a lot of things both in the crop and in the soil and we saw consistently greater yields with strip-till than with no-till,” said Fabián Fernández, assistant professor of soil, water and climate at University of Minnesota and the study’s lead author. “We looked at the root system and noticed that the roots in the strip-till system were actually smaller than with no-till, but they were a lot more efficient with nutrient uptake.”

The researchers studied corn and soybean growth in strip-till and no-till systems over a five-year span, looking at soil properties such as organic matter content, penetration resistance, bulk density and water aggregate stability.

Strip-tilling was developed over the last couple of decades as a hybrid of both methods. The technique requires farmers to only till rows where crops are to be planted, leave unplanted fields untilled, and, ideally, provide soil conservation benefits of no-till with added nutrients from tilled plant matter.

“When we started looking at the soil’s physical properties, one of the things that became really evident is that we found greater soil organic matter content in strip-till than in no-till,” Fernández said. “Because of that greater organic matter content, we also saw lower density and less penetration resistance. In other words, the plants don’t have to work so hard growing through the soil as in a no-till system.”

That allows plants to spend less energy on growing a sturdy root system and more on increasing their biomass. This improved yield creates a positive feedback effect: When heftier plants decay, they leave more organic matter in the soil, improving nutrient content and overall quality for successive generations. Fernández said he was surprised by this particular benefit of strip-tilling, but not so much by the greater yields it produced.

While strip-tilling is an effective practice for a typical Midwest climate (cool and wet early in the growing season), Fernández said the study’s results may not hold true under arid conditions or on sloping fields vulnerable to erosion.