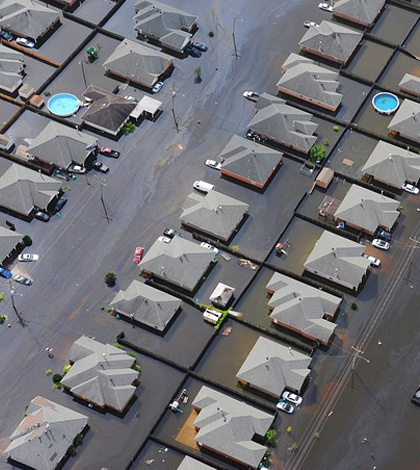 Estimating flood risk is important for future disaster planning and floodplain management. Despite that, researchers at Washington University in St. Louis have found that federal agency estimates of midwestern flooding are often as much as five feet low, according to a press release.

Federal agencies use complex equations to estimate potential flooding, but those equations are based on the assumption that rivers haven’t changed much in the past 100 years. However, researchers point out that rivers have indeed gone through many changes during that time period. Many rivers’ flow patterns have been completely changed by human redirection through the construction of locks, dams and levees. And some rivers are prevented from naturally releasing excess water into floodplains and wetlands.

Based on new equations which incorporate more up-to-date information on rivers, researchers feel that many cities, including many large metropolises in the midwest, would do well to reassess their flood protection plans and prepare now for higher floodwaters. Even a miscalculation of a few inches below an actual flooding level can have catastrophic effects, causing considerable damage to surrounding areas due to lack of adequate preparation.