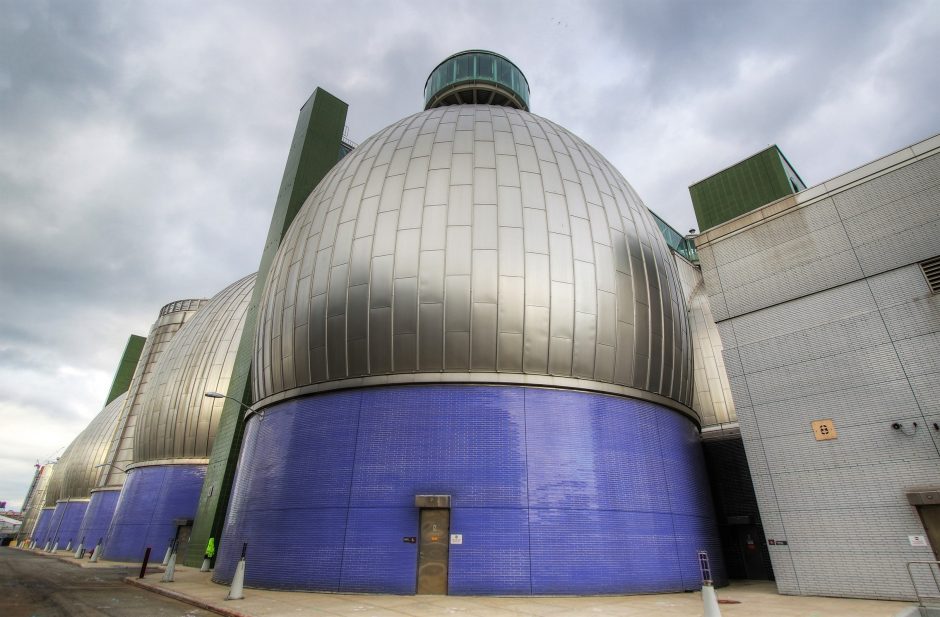 In 1972, the Clean Water Act ushered in a new era of wastewater treatment across the United States. In older states like New York, this meant new plants would be connecting to sewer systems and storm drains that were often getting on in years. Over the past decade, as climate patterns have brought more dramatic storms and flooding with them, and the population of urban areas have continued to grow, states like New York are experiencing wastewater treatment failures.

However, it’s not always clear what the source of these failures are. A direct connection between plant size and performance is often assumed when it comes to wastewater treatment, but was this really the problem plaguing New York’s system? Scientists from Cornell University decided to find out. Brian Rahm, a research associate in biological and environment engineering at Cornell’s New York State Water Resources Institute, and Sridhar Vedachalam of the Safe Drinking Water Research and Policy Program at Northeast-Midwest Institute, corresponded with EM about the research.

In New York, numerous wastewater treatment plants need repairs and upgrades. That kind of attention comes with a multimillion-dollar price tag. Rahm, Vedachalam, and their team wanted to determine which characteristics are associated with good and poor performance, and whether the conventional wisdom that large wastewater treatment plants are more effective leads to better results is accurate.

“A few years ago we became interested in the idea of comprehensively assessing the wastewater treatment infrastructure of New York State,” states Rahm. “We were aware that projected costs were outpacing available financing, and that state agencies and professional organizations were starting to raise the alarm with respect to the deterioration and aging of our wastewater treatment infrastructure.”

“New York has several small wastewater treatment facilities, and their proportion has gone up in the last 30 years or so,” adds Vedachalam. “Therefore, the question of scale is very appropriate. In addition to this current study that investigated the issue of scale in treatment effectiveness, the Institute has been involved in a national study, currently under peer-review, of water utilities investigating the impact of scale in water utility rates.”

“One thing we noticed right away was the decreasing average size of wastewater treatment facilities in New York over the last few decades,” remarks Rahm. “At the same time, we had been thinking about the decentralization of public services, whether in the energy or water sector, and the concept of smart growth. There was some literature describing analyses of national-scale data suggesting that larger wastewater treatment facilities produced reliably better outcomes than small facilities. If true, then New York was perhaps setting the table for future water quality issues by building smaller and smaller plants. We wanted to test this using a New York-based dataset.” The team’s aim was to identify performance problems from plants of all sizes, assess whether they were affecting water quality, and analyze the potential for addressing the underlying issues. This way they could begin to address the question: in wastewater treatment, is bigger really better?

“The assumption that larger facilities would be more effective is based on the standard economic theory that technology and costs become more efficient at larger scales,” explains Vedachalam. “It is the same reason that buying in bulk is cheaper per unit than buying in smaller retail packs. Certain aspects of wastewater treatment, such as treatment technology, staff productivity, the ability to negotiate prices with vendors, are indeed more efficient at larger scales, but there are limits to these efficiencies.”

“Some existing literature had suggested bigger was potentially better, but the results were not specific to NY, and didn’t take into account facility operation characteristics,” adds Rahm.

To the surprise of the team, the new research shows that medium-sized wastewater treatment plants in New York tend to be the most effective. These facilities are large enough to employ well-trained staff and deploy state-of-the-art processes.

“The smallest facilities may not have full time staff, and there may be few engineering options available when things go wrong,” remarks Rahm.

Concerns for the future

Although smaller facilities often achieved lower concentrations of fecal coliform, organic material, and total suspended solids in effluent than did large facilities, the researchers had concerns for both small and large facilities from an environmental quality perspective. No one-size-fits-all approach will work for wastewater treatment in New York—or, probably, any state. As localities throughout the state plan to upgrade existing facilities or design and construct new ones, they will need to strike a balance between caution, environmental stewardship, and realism.

“Over time, individual development decisions being made across a region can have implications for the kind of water quality challenges we face in the future,” details Rahm. This research offers insight into why certain types of facilities have the issues they do. Our results at least suggest that some engineering processes lead to better outcomes in specific size groups. I think it’s interesting to note that the economies of scale that large facilities may be achieving do not necessarily translate into water quality improvements relative to smaller facilities.”

In other words, for many municipalities, bigger won’t be better, and the specific treatment needs of the area will influence what size will be most effective. Furthermore, a more nuanced picture of the facts is likely to yield benefits for policymakers.

“Do not rely on a single study to form conclusions about a certain process,” advises Vedachalam. “An earlier study published in 2011 used a national database and found that larger facilities were more effective at treatment outcomes. We wanted to confirm that result using New York data, but ultimately came to a different conclusion.”

And while aging infrastructure is one of the core problems affecting wastewater treatment in New York State, this doesn’t always mean that older facilities are less effective. “Not all towns and cities in New York are growing, so older infrastructure need not be inadequate for the number of people,” states Vedachalam. “However, it may be inadequate for our changing climate patterns, where we see more intense rainstorms and with increasing frequency. We did not focus on this particular question in our study.”

In fact, other factors linked to climate changes, such as extreme weather events and flooding, may be more relevant than facility age.

“The Northeast generally has the oldest water resource infrastructure in the country, and many older systems tend to combine stormwater and sewage collection systems,” explains Rahm. “Treatment facilities operate best when influent quality and volume is consistent. Combined systems, however, experience large fluctuations in these parameters during rain events, which can be a problem. That being said, we did not find facility age to be a significant driver of effluent quality, which was a little surprising. Perhaps this is because many older systems have been upgraded, and the construction date itself is not a good indicator of facility sophistication.”

Even the number of people being served isn’t always as important a metric as it might seem.

“We did not adjust for the number of people being served, because it can be an imperfect metric of the demand observed in any wastewater treatment facility,” describes Vedachalam. “These facilities serve industrial and commercial establishments, in addition to residential customers. Their demands are much different than residential customers. In a sense, the findings may be dependent on the location and the customer base of the facilities. Doing similar studies in other states across the country would tell us if our results are particular to New York or more generalizable.”

Looking forward, the researchers predict that the issue of scale is likely to become more important, particularly as municipalities begin to rethink what type and size of treatment best serve their communities.

“Some towns and cities are growing, while others are shrinking,” remarks Vedachalam. “Suburban and rural communities on septic systems may think about getting a centralized treatment facility of their own, or connect to one in a nearby community. Treatment effectiveness and cost will likely determine whether the decision they make is the right one.”