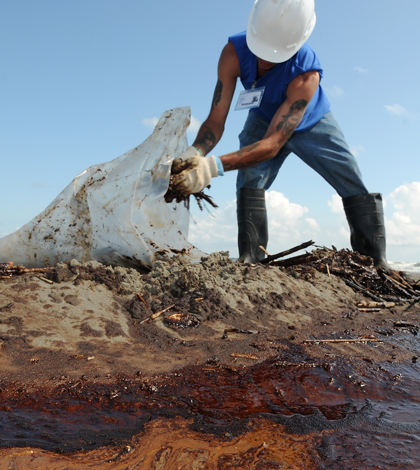 Researchers from the University of California Santa Barbara and the Woods Hole Oceanographic Institution have conducted a study that shows that oil sheens recently found in the Gulf of Mexico are the remnants from the Deepwater Horizon oil rig, the National Science Foundation has reported.

Researchers used a new method to fingerprint the gasoline-like compounds that the oil sheens are made of. These fingerprints allowed researchers to match the chemical makeup of the compounds to their source.

The researchers also matched the composition of the recently attained oil sheen samples to previous debris known to come from the rig.

The new method could prove useful in limiting the damage from future oil spills.