The “Duck Factories” of the Prairie Pothole Regions 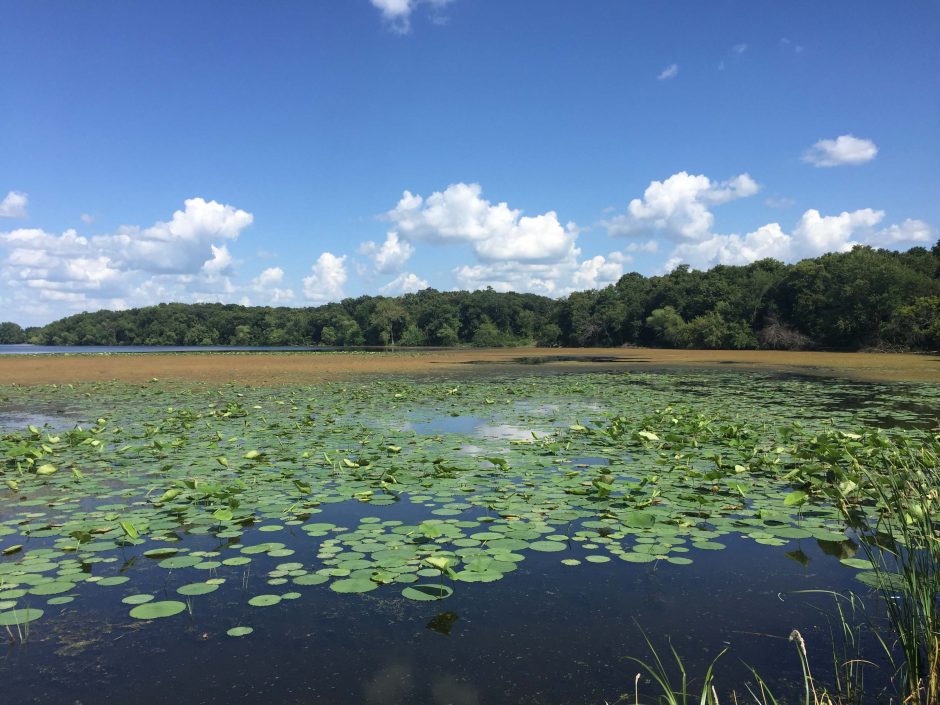 Wetlands like this will be improved with the new Purina-Ducks Unlimited partnership. (Credit: Ducks Unlimited, via communication)

In north-central Iowa and Minnesota, shallow lakes and wetlands make up much of the landscape. These ecologically important areas are what the science-based conservation organization Ducks Unlimited calls “duck factories,” rich with aquatic vegetation and freshwater shrimp that historically have supported waterfowl breeding. Now, though, most of these regions are under threat.

Chris Sebastian of Ducks Unlimited spoke to EM about DU’s Living Lakes Initiative, their recent partnership with Purina, and their efforts to restore water quality by conserving wetlands.

Ducks Unlimited (DU) uses research and science to determine the best places for its projects, and how to best work in those areas. Across the country, DU has 16 initiative regions that are broken up geographically, which allows their team to focus conservation and fundraising efforts on certain regions. The Living Lakes Initiative covers all of Minnesota, and north-central Iowa—the prairie pothole habitat.

“Prairie pothole regions are what we call duck factories,” explains Sebastian. “These are areas where waterfowl go, and heavy reproduction happens. The region stretches from north-central Iowa, all the way up into Saskatoon and central parts of Canada. Living Lakes is a priority-one area for us, and we work hard in those areas to restore shallow lake habitat, which is heavily threatened across most of north-central Iowa, from human development to the way it used to be.”

DU looks for former wetland habitats that are currently farmland and work with willing sellers to restore the habitat. The team also enhances what’s already there, through infrastructure and invasive species control. 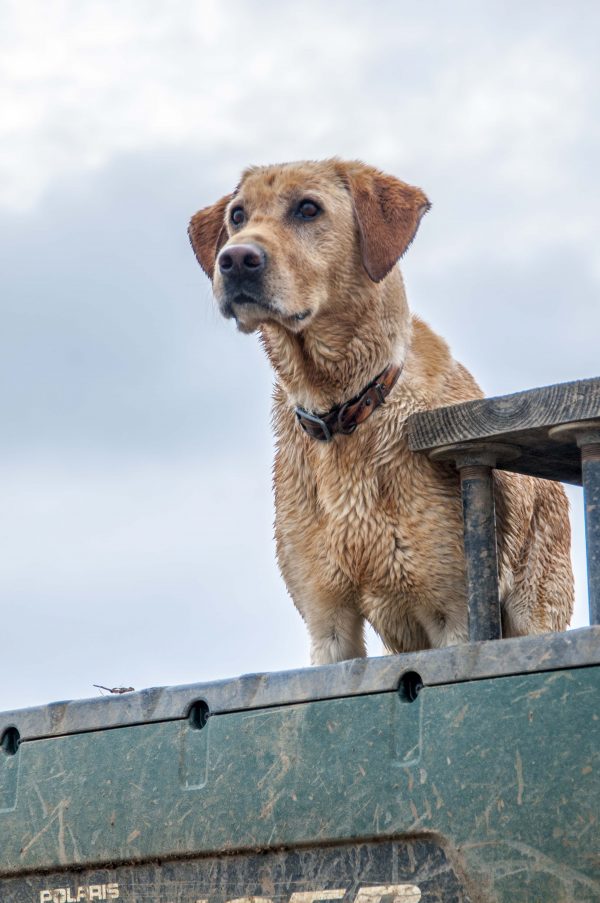 “They range in size, but shallow lakes represent some of the best habitat out there for waterfowl reproduction,” details Sebastian. “They are also incredibly threatened. Here in Iowa, we’ve lost more than 90 percent of this type of habitat. So it’s a very threatened habitat, and is also really impacting the water quality there in the state, which is a big reason why Purina is joining up with us as well, to improve the water quality in the state.”

In fact, more than half of Iowa’s waterways are considered impaired or degraded, and this is a direct result of these wetland habitats disappearing.

“Wetlands are nature’s kidneys,” remarks Sebastian. “As the rain falls, the rainwater washes nitrates from the soil from farm fields or even motor oil off the roads from our highways. The wetlands do an amazing job of filtering out all of those pollutants before they enter our waterways. Because Iowa has lost so much of its historical wetland habitat, the water quality is very, very poor. Having great corporate partners like Purina come on board really helps with the kind of work that’s needed on a large scale to really make a difference, not just for waterfowl and their reproduction, but also for people who like to fish, who like to kayak, who like to hunt, to swim, whatever it may be in these waterways.”

While DU might think of these wetlands as duck factories, these regions hold important cultural significance for humans, too.

“We talk to residents and landowners in some of these really hard-hit states like Iowa, and they will tell us, I remember when I was a kid or my mom was a kid, and we’d go out to this lake, and it was a beautiful habitat,” comments Sebastian. “You could go fishing and swimming, but now it’s just a giant green algae pool and there’s nothing we can do with it. That’s where we come in; we get really excited to go in there and actually restore some of these habitats and kind of bring them back to life.”

DU does actual, on-the-ground conservation work all over North America, and by now their team knows that a one-size-fits-all approach doesn’t work if the goal is to try and conserve as much of the habitat as possible over such a large area.

“We’ve done over 14 million acres of conservation in the last 80 years,” states Sebastian. “We work with landowners to help get conservation easements, or we acquire property and turn it over to fish and wildlife or state wildlife associations—we protect what’s already there. In places like Iowa, we’ve lost so much habitat that there’s not much left to save, but there are some parts of the country, especially out in the plains and parts of the Great Lakes, where there are still lots of areas that are able to be protected.” 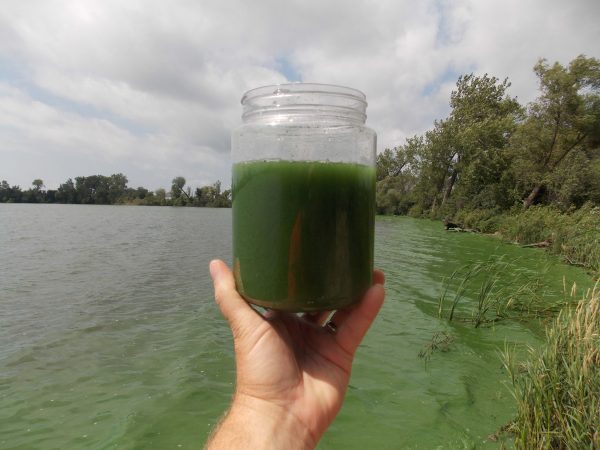 This sample came from an Iowa wetland which had degraded, resulting in poor water quality for wildlife and people. (Credit: Ducks Unlimited, via communication)

That doesn’t mean the team doesn’t have options in states like Iowa; they’re just different.

“We do restoration and enhancement work, where we will work with private, state, and federal landowners to go through and restore habitats,” adds Sebastian. “Maybe it’s a retired farm field that’s no longer in production, or maybe it’s a farmer who’s looking to get out of business and retire. We’ll acquire and help these landowners to restore this land back to a wetland habitat.”

That can be a very extensive and expensive process.

“If you’ve got a 100-acre farm that used to be where there was a wetland, you can’t just go back there and break up the drain tile and let the water just return to that landscape, because it might flood out the people around you,” explains Sebastian. “Oftentimes what we do is we engineer managed wetland areas with berms and dikes that can replicate the wetlands that used to be there. We’re protecting the landowners around them, but we’re also restoring an important habitat and improving water quality.”

The DU team also repairs and rehabilitates existing infrastructure such as berms, pumps, and dikes to ensure wetlands in the region can remain well-managed.

“We work with state agencies as well,” adds Sebastian. “Here in Iowa with federal funding we are encouraging farmers to do more conservation-based, environmentally-conscious practices on their farmlands. We will pay farmers to not farm on certain parts of their property, and instead to do buffer strips, and plant crops or vegetation that is more environmentally sensitive and discourages erosion and effects like that, so they can be refunded by the federal government.” 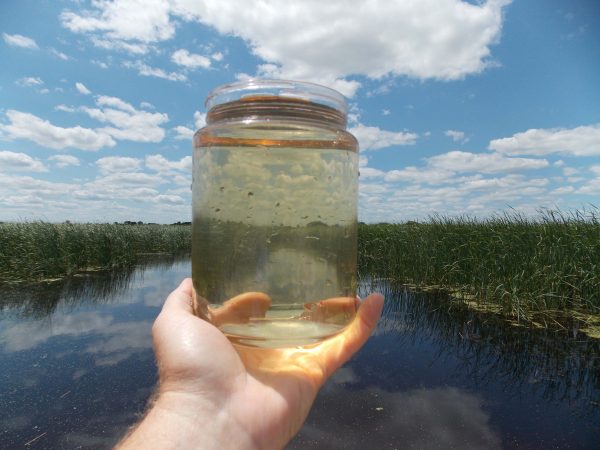 This sample came from a restored Iowa wetland, showing the results of how a healthy wetland purifies water for people and wildlife. (Credit: Ducks Unlimited, via communication)

For the DU team, adding water quality to the mix is a huge bonus, ensuring that more resources and better information are available.

“Now it’s really exciting with this big push to improve water quality because we’re finding new ways to monitor it,” explains Sebastian. “The University of Iowa is actually going to be monitoring a representative sample of these wetlands through this project. They’re monitoring it for nitrate runoff, and helping to use the water quality data to continue to help us refine how we work, where we work, and how to get get the best bang for our buck.”

The restoration efforts work, as the before and after photos of a jug of runoff water show.

“Before is an algae-filled water jug full of ooze which looks pretty gross, and this picture here is the after that shows the effects of what wetlands do to a body of water,” details Sebastian. “They really have to purify it. So this is showing what happens when you put the healthy wetland back on the landscape and we help to restore the water looks like that which is how it should look versus the other the sludgy ooze that was coming off of it before.”

Top image: Wetlands like this will be improved with the new Purina-Ducks Unlimited partnership. (Credit: Ducks Unlimited, via communication)