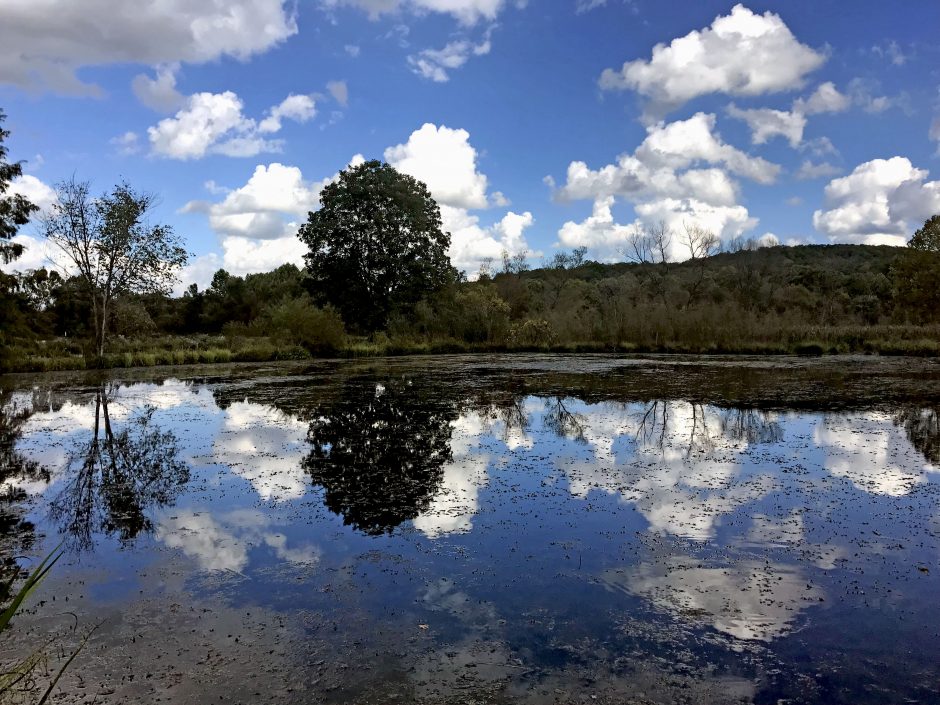 There is plenty of water at the field station for research. (Credit: Missouri S&T, via Dr. Robin Verble)

Biological field stations exist all across the country, and now there is a brand new station in the Ozarks. The Missouri University of Science and Technology‘s Ozark Research Field Station is now open, and director Dr. Robin Verble took the time to speak to EM about the new station.

“We are brand new,” states Dr. Verble, who is the founding director of the station. “The University acquired the property officially at the beginning of January 2017. They spent most of last year doing the search for a director, and they found me. I got there in August, and we have been moving forward at a very rapid clip ever since.”

The Ozark Research Field Station (ORFS) is a nine-acre site nestled inside 300 acres of state-owned land in the Bohigian Conservation area. That 300 acres is surrounded by an additional 6,000 acres of the Mark Twain National Forest.

“It’s an old homestead,” Dr. Verble describes. “It was originally constructed in 1868. We have a historic log cabin that’s been added onto over the years, and it’s on the site right now, so there’s that interesting historic component. We have a lot of plans for construction of labs, and classrooms and other facilities that are all hopefully gearing up this summer.”

Water-dependent research is already in progress at the nine-acre station—which is approximately five acres of water.

“We have a spring-fed pond in the back of the station,” adds Dr. Verble. “And then we have two ponds that have been impounded to make a series of three large ponds in the back.” 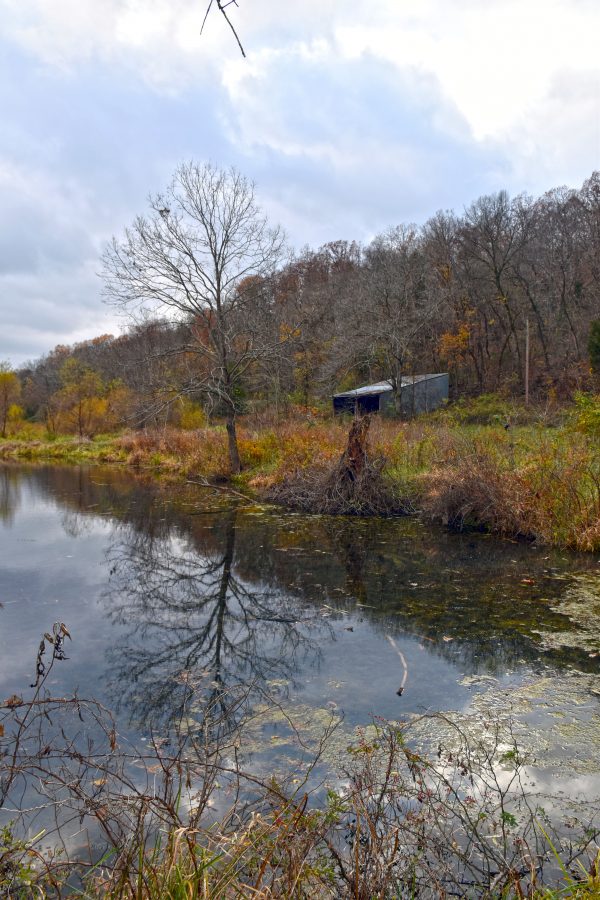 A view near the field station. (Missouri S&T, via Dr. Robin Verble)

Local Missouri S&T researchers within Dr. Verble’s department have been conducting aquatic sampling to get an idea of what’s present in the vicinity, and Dr. Verble has been conducting the terrestrial component herself, catching insects.

“Dr. Dev Niyogi is doing some of the aquatic sampling,” remarks Dr. Verble. “He’s our primary researcher there, other than myself at this point. We have interest from some geological engineers in installing water test wells for teaching students about water testing and water quality. That’s still in the planning stage.”

The team has been assembling an iNaturalist page that can combine some of these efforts.

“We have high hopes if we can get the funding together, of restoring the more natural flow of the whole system,” explains Dr. Verble. “The spring channel would historically have meandered out to Mill Creek through a fen ecosystem, which is about a quarter of a mile away. We’d really love to do some restoration, and get the historic channel rebuilt, replant native plants, and start building everything back as it should be.”

Partnering for research, education, and more

The station is on a long term lease with the Missouri Department of Conservation, which has been an essential partner throughout the process.

“They have been crucial in getting a lot of the permitting, and leases established so that we have good access,” details Dr. Verble. “The Forest Service has also been really excited and helped out where they can. We’ve got the Audubon Society interested in coming out, and Master Naturalists in the area have been excited about coming out for field trips.”

In fact, Dr. Verble and the team see exciting potential for ecotourism throughout the watershed.

“Ecotourism won’t be directly associated with the Field Station, but promoted by it,” remarks Dr. Verble. “Mill Creek, which runs along the back, is a Blue Ribbon trout stream, so it stays nice and cool. It’s got some really great pools and really nice flow. There’s a really neat little fishing bed and breakfast just down the road from us, the Out Cast Inn, and I know they’re excited about us promoting events and getting people there. That could really stimulate local ecotourism because it’s a well-known site in Missouri for fishing and hiking, it just needs a push.” 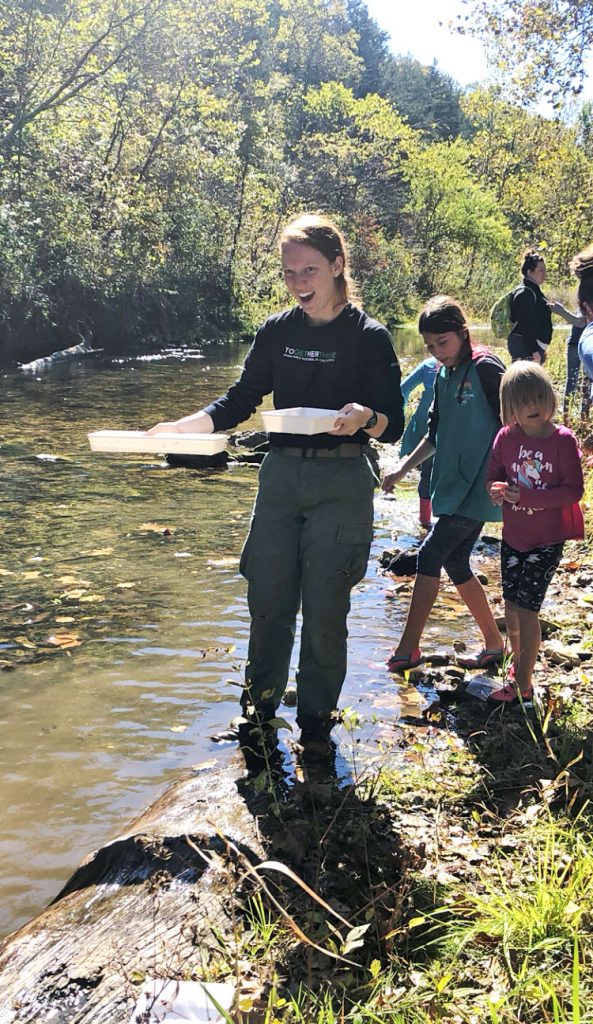 Dr. Verble’s main goals for the station are education, research, and community outreach.

“We’re working on getting external researchers excited about using the site,” comments Dr. Verble. “We’re already teaching three field classes this summer at the site. Lately, we’ve been doing a lot of community engagement events, such as community fishing days, and a birding day. We’ve been working to draw in the local folks, and get them fully invested.”

Dr. Verble sees the field station playing a critical role connecting the university and people in the community—groups who might not be able to see how they can benefit each other without that connection.

“We’re a science and technology university with a really heavy engineering focus, so often the local public sees us as an ivory tower,” explains Dr. Verble. “And science can kind of feel scary. But especially around here, when you relate it back to the natural resources, and hands-on applications, it seems to connect a lot better.”

This is why an informal, outdoors approach is so valuable.

“I want this to feel very homey, like the University front porch,” states Dr. Verble. “Somewhere they can come, chat with us, get to know us. Then they can get out, and do that hands-on nature that usually gets them really excited. We had a Girl Scout group come through, that we had wading in the creek, and catching crayfish. I think it was a really successful engagement.”

Dr. Verble also values an interdisciplinary approach, in part because of her experiences working at the Texas Tech Junction Field Station.

“We’d have art students, poetry students, science students, all out there at once,” Dr. Verble recalls. “It was so neat to see how what we were doing influenced what the poets were writing about, and vice versa. So I’m a big proponent of putting as much non-science out there to go with the science as possible. In February we have a Professor who teaches architectural technology visiting with his class to do architectural drawings of our historic cabin.” 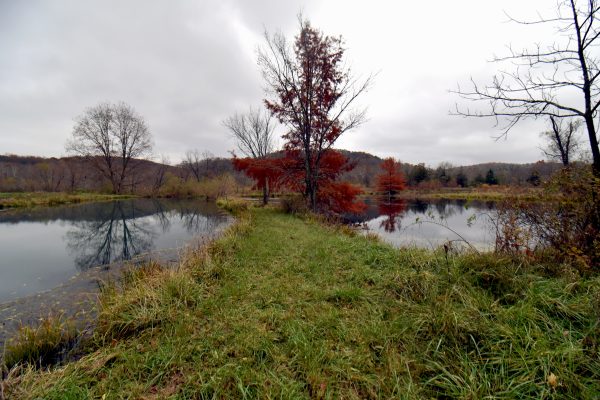 On the grounds. (Missouri S&T, via Dr. Robin Verble)

“The best way to get people informed about science is getting them out to do it,” affirms Dr. Verble. “Showing them that it’s not just sitting in classrooms and learning math and theories. Obviously, that’s a component, but I think we’ve done a poor job as a society, I think, showing people what careers in science are like. Science is a really accessible thing that a lot of kids love, they love hiking, they love being outside. And they miss the idea that these things could actually lead to a career path.”

Dr. Verble and the team at the Ozark Research Field Station intend to change that in their area, partly via experiential learning, and partly by simply being there and open for science, so to speak.

“We can’t train a biologist who never went out and picked up a plant, or identified a plant, or caught an animal and learned all the feeling, the smells, the sensory part of that,” states Dr. Verble. “We’re doing a poor job if we don’t do that. On a local, community level, we’re open, we’re there, we’re excited. We really want the community to engage as much as they can. On our Facebook posts I have tried to emphasize that, ‘Anybody who has a question, anybody who wants to come meet with me. I’m here.’”